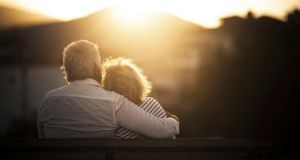 Once you hit 65, you might find that you will be exempt from income tax altogether.

If “many years from now” has abruptly become imminent, how your finances are going to fare in retirement is probably on your mind. But while there may be disappointments on the pension front, the good news is that, once you pass the age of 65, you start paying less tax on your income, be it from a pension or otherwise, and this continues until the age of 70.

Yes, your income may dip substantially if you’re also retiring at this age, but at least you should stand to save on the tax front, while you will also be entitled to more social welfare benefits.

As Paul Kenny, former pensions ombudsman and now a course leader with the Retirement Planning Council of Ireland, says: “Ireland is not a bad place to get older in.”

So what’s the upside of turning 65 and above?

1: You will pay less tax on your income

Once you hit 65, you might find that you will be exempt from income tax altogether. According to Keith Connaughton, a tax partner with PwC, while the same tax rates are applicable once someone hits 65 in principle, the main difference is the introduction of an exemption limit. If you’re below it, you are entirely exempt from income tax.

You can earn up to €18,000 as a single person, or €36,000 as a married/civil partner couple without being subject to any income tax once you hit 65. If you still have dependant children (including those in university) when you turn 65 – something which may become more likely as people have children at a later age – you will be entitled to increase these tax-free limits by €575 a year for the first two children and by €830 for any subsequent children.

And once you turn 66, you’ll also stop paying PRSI, which is levied at a rate of 4 per cent. According to Connaughton, the PRSI exemption applies to all earnings, including rental income, etc. You may be able to access the PRSI savings earlier if you draw down a private occupational pension. Private pensions such as these are not subject to PRSI, whatever age you might be, notes Kenny.

Consider the example in the table. If you’re married with an income of €30,000, and are aged 64, you’ll be giving up €1,873 in tax every year. But once you turn 66, your income tax bill disappears, as does your PRSI bill, shrinking your annual tax liability by almost two-thirds to just €673.

Why anything at all? While you’re availing of the exemption limit, you’re still paying the universal social charge (USC) at the full rate.

If you don’t qualify for the exemption, as your earnings are in excess of the aforementioned limits, you’ll be entitled to an age tax credit. This means that, if you’re single, you’ll get a tax credit of €245 a year; the figure is double that – €490 – for those who are married or in a civil partnership and the credit applies when one of the partners turns 65.

This tax credit should be applied automatically once you turn 65, but check with Revenue to make sure it is.

If your income is more than €60,000, the standard rates of USC apply to your full income

If your income exceeds the exemption limits, but is less than twice that exemption limit, you could avail of so-called marginal tax relief. This means that you’ll get your €18,000 tax free, and pay tax at a rate of 40 per cent on the excess. That can be less than paying tax on all of your earnings. It’s typically only given by Revenue only where it is more beneficial to you than your entitlement to tax credits would be.

Another tax saving arrives when you turn 70, as you’ll start paying a reduced rate of USC. The charge kicks in once you earn €13,000 or more, but the reductions mean that you’ll pay 0.5 per cent on the first €12,012, and 2 per cent on the balance, as opposed to as much as 4.5 per cent under the standard regime.

But remember, if your income is more than €60,000, the standard rates of USC apply to your full income. Moreover, the lower rate of USC also applies to those who have medical cards, so you may already have been enjoying this lower rate prior to turning 70.

2: You may be able to avoid Dirt tax

Given that you’re probably earning only a miserly amount of interest on your savings, having to give up a significant percentage of that to the tax man can be aggravating. But, if you or your spouse are 65 or older you may be able to avoid deposit interest retention tax (Dirt), currently levied at a rate of 35 per cent on your savings.

To do so, you will have to meet certain income limits. These are the same exemptions as for income tax, which means that a single person with income of €18,000 or less won’t be subject to Dirt, while a couple with joint income of €36,000, can also avoid it.

If you have €50,000 on deposit, one of the best rates you could be earning on this currently is 0.5 per cent, which will give you interest of €290 a year. If you have to pay Dirt on this, you’d end up losing €101.50 straight away in tax: with the exemption you can avoid this.

If you leave your job at the age of 65, Kenny says the first thing you should do is to “immediately sign on” for this benefit. And, while the payment is normally only offered for nine months, if you’re 65 or over (and have at least 156 PRSI contributions), you will continue to get the payment until you turn 66 – even if this means that the payment lasts for nine months or more.

Another point to note is that, if you’re looking like you might be short of credits for a full State pension, you get a credit every time you claim this payment as if you were working.

“That’s why it’s very important,” says Kenny, “because the way things stand at the moment, and the way entitlements are calculated, the difference in a few credited contributions can make a difference to what you’re going to get.”

It’s not just a lower tax burden you can look forward to; you may also be entitled to a host of other benefits when you turn 65.

First up is the free travel scheme, though again you will have a wait a year. Everyone ordinarily resident in Ireland and over the age of 66 is currently entitled to avail of this scheme. Remember, it also entitles you to free travel in Northern Ireland but, as Kenny points out, you will need to apply separately, through the Department of Social Protection, for this card.

And there a number of other benefits. For example, if you live alone, you might be entitled to the living-alone increase. This will give you an extra €9 a week on your State pension once it kicks in.

The household benefits package helps you with the costs of running your household and is available to those aged over 70. It is not means tested, which means that everyone gets it. It helps cover the cost of fuel to heat your home, as well as the television licence, and is worth an estimated €580 a year.

It’s also possible to benefit from this if you’re younger than 70, provided that you fulfil certain requirements, such as living alone and passing a means test.

Once you start receiving the pension, you should be eligible for the telephone support allowance, which was reintroduced last year

Once you start claiming the State pension you may also be entitled to a fuel allowance, which is worth €22.50 a week (€630 a year) and is paid out for 28 weeks over the winter period. Again, this is means tested, however.

Finally, once you start receiving the pension, you should be eligible for the telephone support allowance, which was reintroduced last year having been axed during the post-crash recession. It is worth €2.50 a week or €130 a year.

Your entitlement to a medical card typically only kicks in once you turn 70 (although you may get it earlier for reasons of ill health, etc). And, since 2009, you will get a full medical card only if you pass a means test.

To qualify, you should not have a pretax weekly income (pensions, savings, investments and some property are taken into account) of more than €500 for a single person or €900 a week for couple. That translates as €26,000 a year for single person and €46,800 for a couple.

You will, however, automatically qualify for a GP card, which covers visits to a regular GP and out-of-hours GP service, as well as blood tests.

Retire to an island: dreaming of retiring on one of the Aran islands, Inishbofin, Bere Island, or indeed any other of Ireland’s larger islands? Well if you do, you will be entitled to an extra €12.70 a week on your State pension.

Do up the house: DIY chain Woodie’s gives a 10 per cent discount to over-60s on Thursdays.

Get new glasses: at Specsavers, the over-60s can get 25 per cent off glasses and lenses from the €89 range or above, from Monday to Friday.

Watch a movie: At Odeon cinemas across the State, the over-55s can enjoy a “silver cinema” show for just €3.

Go swimming: Dublin City Council offers a discount of 50 per cent for the over-60s on membership of sports and leisure facilities, or a pay-as-you-go fee of €3.

Cut bank charges: many banks offer fee free current accounts for those over 60.