Will I make a profit on the Greencore share buyback? 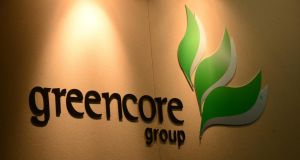 Having sold off its US business unexpectedly, Greencore has decided to return to shareholders £509 million (about €580 million) of the €93 million it got in that deal.

I am a small Greencore holder dating back to post Irish Sugar privatisation in December 1991. I find the current offer very confusing and much of the advice inconclusive at best.

I am trying to calculate my CGT [capital gains tax] liability, if any, but can’t find the original documentation. Would you have any idea what was the original IPO price when the company went public?

I have been referred to a company in the UK who want to charge me £200 to provide historical share prices. This seems very unfair of Greencore to its loyal small shareholders who have stuck with them through thick and thin.

I’m not sure who referred you to a company that is looking to charge £200 for basic information that Greencore’s investor relations people – the people whose role it is to work with shareholders – have to hand. I sure hope it wasn’t Greencore.

You are one of the hard core of loyal Greencore shareholders who have been there at every point on what has been, on occasion, a very bumpy ride. You invested in what was, back in 1991, a sugar manufacturing company; now it is a convenience food business – essentially a giant sandwich-manufacturing company.

And, almost 28 years on, it is little surprise that you’d be somewhat at sea in figuring out whether the current tender offer is worth your while.

To recap for new readers, Greencore, having sold off its US business unexpectedly, has decided to return £509 million (about €580 million) of the €93 million it got in that deal to shareholders.

The original plan was to pay a special dividend of 72 pence a share but this was changed after some shareholders objected on the grounds that it would expose them to significant income tax bills. Now, the plan, subject to approval on Tuesday, is to buy back shares worth up to the £509 million at a price of 195p a share.

If everyone takes part, this means they will have just over 36 per cent of their Greencore holding bought back by the company. If some decline, others can sell back more shares. If £509 million worth of shares is not offered by investors, the company may still issue a special dividend to all shareholders for the balance – albeit much less than 72p a share.

So, does it make sense for you?

Well, back in 1991, the price at which you would have bought the shares in what was the first initial public offering of an Irish semi-State company was 230 Irish pence a share. If you were an employee or a beet grower, you got the shares at a 20 per cent discount – 184 Irish pence. I’m assuming you’re not.

Of course, back in 1991 and in subsequent years, you could index purchase prices to allow for inflation when calculating capital gains. This indexation was phased out by Charlie McCreevy in his term as minister for finance in 2003.

He did this after halving the rate of CGT to 20 per cent from 40, though it has since crept up again to its current rate of 33 per cent.

Then, of course, we moved to euro. Allowing for that means the adjusted purchase price for your shares was 410.6 cent. For working out your profit or loss on the initial investment, that is the key figure.

So far, so good. But share ownership is rarely as straightforward as that. Companies have rights issues and placings when they are looking to raise money and this dilutes your holding unless you buy up those rights. Shares can also be split, largely if the headline price makes them less attractive to prospective shareholders.

In Greencore’s case, we have had both. and the company has helpfully given me the details of those events.

Back in 1996, the company had a share split where it offered shareholders one new share for every one they owned at no cost. Effectively this doubled the absolute number of shares you held but your percentage holding in the business was unchanged.

You don’t tell me how many shares you bought initially in the business so, for the purposes of illustration, I will say you bought 100. You can adjust the figures to match your own particular circumstances.

If you never participated in any subsequent rights issue, that is the effective purchase price of your current holding, as Greencore is now UK listed and the tender offer is in sterling, you need to convert that purchase price to sterling. The figure at the time of writing is just over 180p.

In 2011, the company offered shareholders the right to buy five new shares for every six shares they already owned. The offer price was 46 cent a share, well below the 54 cent at which the shares were trading at the time.

If you availed of your rights for the 200 shares in the company that you then held, you would have bought another 166 shares.

In 2016 when Greencore went to buy Peacock Foods in the US, it launched another deeply discounted rights issue. Investors were offered another nine shares for every 13 they held at that time. By this time, the company was listed in the UK and the price of the new shares was 153 pence, almost a third cheaper than the market price.

Assuming you bought into that rights issue, you could have acquired a further 253 shares in the company. It would have cost you another £387.09 to buy, or at the prevailing euro rate at that time, €478.07. And at the end of that process, you would now have 619 Greencore shares. The average price per share of the entire holding at that time, in euro terms, would have been just shy of €1.56.

So, if you were to sell the entire holding into this buyback – assuming you can because others don’t choose to, you would be making a profit of about 60 pence sterling a share or just shy of 68 cent a share.

However, the company has only committed to taking 36.1 per cent of your shareholding. You can seek to sell more but it depends on demand. You can, of course, sell less, or none at all; that is your choice.

You also need to recall the standard rule of stack market transactions – first in, first out. So, if you are selling 36 per cent of your holding, it will be those shares you bought first that are sold into the offer first.

In your case, assuming you took part in all the rights issues, 36.1 per cent of your holding would be 223 shares. The first 200 would be the original 100 shares, each of which was split in two in 1996. That would yield a profit of about 15 pence sterling per share – not a lot for a 28-year investment.

The balance of 23 shares would come from that first rights issue. As they cost just 46 cent, the profit on a 195p (about €2.22) tender price would be significant, but it is still only 23 shares at that price.

The bottom line is you will make a profit regardless – ranging from 17 cent a share on your original holding to 48 cent on the 2016 rights issue and up to €1.77 on the 2011 rights issue shares.

If you just sell the 223 shares, you will still hold 396 Greencore shares and the average weighted purchase price of those would be €1.37 a share.

Of course, if you didn’t take part in the rights issues at all, then you still have 200 shares for your original holding of 100, and you have the right to sell 72 to them into the tender.

As you have a CGT exemption in any one year of €1,270, you will not have any tax bill regardless of how many shares you own or sell into the tender offer.

Lot of figures there but I hope it helps.