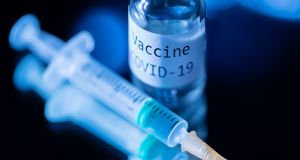 Stocks fell heavily on Wednesday, even though we got more good vaccine news. Photograph: Joel Saget/AFP via Getty Images

Stocks soared following Pfizer’s excellent news regarding its Covid-19 vaccine a fortnight ago. On Monday last week, gains were much more limited following similarly positive data from Moderna. And on Wednesday, stocks fell heavily, even though we got more good vaccine news.

Clearly a lot of good news is already baked into prices. Globally, inflows into stock funds have hit 20-year highs. Bespoke Investment says the number of S&P 500 stocks hitting 52-week highs has hit its highest level since January 2018’s market top. Almost 90 per cent are above their 200-day moving averages – the highest reading since May 2013.

The S&P 500 soared 9 per cent in the first 10 trading days of November, the best first 10 days for a month since January 1987. In Europe, the Stoxx 600 gained 12.4 per cent over the same period, putting it on pace for its second-best month in the last 30 years – even before November was half over. Globally, markets are more than two standard deviations above their 200-day average; that’s rare, says Chris Watling of Longview Economics, and typically results in either a period of consolidation or a major pullback.

After a rip-roaring rally, it may be time for a breather.

8 Unaffordable apartments, fluffy TV and how to reduce your tax bill this year