Market rallies are the usual outcome of a close election despite who wins, says investor 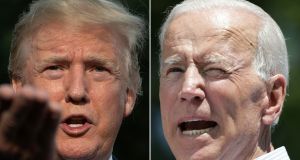 The reaction to last week’s presidential election in the United States shows how quickly market narratives can shift. Prior to the election, the consensus was that markets were bullish about the prospects of a blue wave and the fiscal stimulus that would accompany it. On election night, however, those hopes were dashed as it became clear the Republicans would retain control of the senate.

How did markets respond? By posting their biggest post-election day rally in 120 years.

Inevitably, that drove a new narrative, namely that markets love political gridlock and the fact that higher corporate taxes and burdensome new regulations now appear to be off the table.

The result was also perceived as a plus for mega-cap technology stocks, with antitrust action likely to have “less teeth than previously anticipated under a Biden presidency”, to quote Liberum investment analyst and financial blogger, Joachim Klement.

Additionally, markets would no longer have to contend with Donald Trump. Boring is good, said financial television personality Jim Cramer: “We’ll go back to looking at earnings per share. It’s nirvana for the stock market.”

Still, as Klement notes, any fiscal stimulus will be smaller than markets were anticipating, so 2021 growth prospects are diminished.

The point is, investors should be wary of changing market narratives: you cannot look at last week’s movements without considering the technical and sentiment outlook. Stocks had plunged at the end of October and volatility, as measured by the Vix index, had hit levels rarely seen around election time.

The simple reality, as Rob Arnott of Research Affiliates said, is that “with a close, contentious election, market rallies are the usual outcome, no matter who wins”.