Inheriting property in France can be a complex process 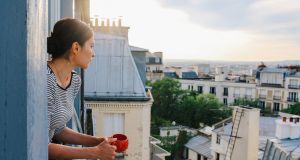 France’s inheritance laws and inheritance/gift tax structures can be a minefield so make sure that whatever arrangements you put in place will be acceptable under French law. Photograph: iStock

An Irish-resident, Irish-born father wants to gift a French property worth €250,000 to his daughter, who also lives in Ireland. His will is under Irish law. Is there any inheritance tax to pay in either Ireland or France (she is getting nothing else)?

Your query raises two issues that have traditionally been very tricky – property in France and inheritance in France. The good news is that they have become a little less complicated in recent years. But you still need to make sure that you have all the legal niceties dotted and crossed.

The property issue is one common to many countries – that they retain taxation rights over property physically located in that jurisdiction. We’ll come back to that later.

The second issue is France’s inheritance laws and inheritance/gift tax structures. This can be a minefield and it is sensible to make sure, in advance, that whatever arrangements you put in place will be acceptable under French law.

This will generally involve consulting a French notaire – a lawyer who is also an public official appointed by the French department of justice to ensure everything is done legally and registered properly. It is advisable that you talk to someone who is familiar with international inheritance issues – not all are – and, preferably, one with whom you can converse in English. That might well involve consulting a larger practice. The Australian embassy in France has a useful list on its website (https://france.embassy.gov.au/pari/lawyers.html)

There have been some key changes on managing inheritance, both in France and, more broadly, across Europe over the last five years.

Traditionally, in France, you are circumscribed in who you leave your assets to. Most particularly, children have particular rights as “protected heirs” and cannot be simply disinherited.

The important thing is that this preference is expressly stated in your will. This is not something that would be a standard clause in an Irish will so you will need to ensure that it is stated in the father’s will in this case, or amend the will to ensure this is so.

As he is in his 80s, clearly this should be done sooner rather than later. The good news, of course, is that he has made a will. You’d be astonished at the number of Irish people who have not – even those of relatively advanced years.

Laws of intestacy will almost never reflect the personal choices and, in the case of France, it would tie you into a very rigid succession structure that might frustrate the father’s intent here if he has more than one child.

Moving on from succession laws to the thorny issue of tax, French law will also intrude.

Both the father and the daughter in this instance are Irish resident – regardless of nationality, which is unclear – and the will is written in Ireland under Irish law. As a result, most inheritance tax issues would likely be dealt with under Irish capital acquisition tax law. And, with an exemption on the first €335,000 inherited from a parent, there would be no Irish tax issue.

Most, but not all, inheritance of the French property will be taxed in France.

In general, double taxation treaties allow for tax levied in one state to be credited against tax due in the other to ensure that people are not taxed twice for the same thing. However, a credit is only useful if there is a tax bill to credit it against.

In this case, the French property is the only asset this daughter is getting under the will. She has no liability to Irish inheritance tax as the benefit is less than €335,000 – assuming she has not previously inherited – or received gifts – of more than €85,000 from her parents. As such, there is no tax bill in Ireland against which to credit tax paid in France.

And she will have tax to pay. Inheritance tax in France is a blizzard of rates and relationships. In the case of a child inheriting, they have a tax-free limit of €100,000. With a property worth €250,000, this leaves the daughter in this case with a tax liability on €150,000 worth of assets.

You mention the option of gifting the property to the daughter while the father is still alive.

There are provisions in French tax law for gifting. Essentially, the limits appear to be the same as those for inheritance tax free exemptions – certainly between a parent and a child. The only difference is that you make make a gift up to this limit – €100,000 – tax free every 15 years.

While that may be useful to some people, I cannot see it affecting this situation. First, you are talking about a property so dicing and slicing is more awkward. More significantly, the father in this case is already well into his 80s: it is most unlikely on the law of averages that he will survive 15 more years to gift a further €100,000.

Quite apart form the tax bill, there will be other requirements (and costs) for the daughter.

First up, beneficiaries or next of kin are obliged to notify French authorities when a death has occurred that leads to inheritance.

Then, given that there will be a need to transfer the property into her name, she will be obliged to appoint a notaire. These charge for a range of services, some on a flat-fee basis and others as a percentage of the assets. She could also be required to provide extensive detail and documents, so it can all become quite a cumbersome and costly process –and there is no way around that.