Yet another pensions report – but what have we learned?

State pension age looks likely to increase, and early access to funds is not on agenda 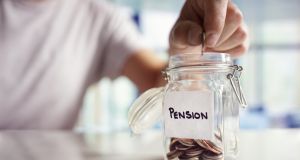 It is middle-income earners on salaries of €30,000-€60,000 who benefit the most from the current system of pension tax relief.

When it comes to pensions there are a couple of certainties you can rely on: your retirement fund will almost never be worth as much you think; it’ll nearly certainly cost you more than you’d expect; and the Government is much more likely to spend years consulting on possible reforms of the sector rather than actually deciding on, and implementing, these proposals.

And so, following in the footsteps of similar consulations on auto-enrolment and the State pension, the Government has published yet another report into the pensions landscape, from the Interdepartmental Pensions Reform and Taxation Group. This time around, it’s looking at simplifying the number of supplementary pension products available, and standardising other elements of pension structures, where possible.

So what can we learn from this latest effort?

Reform may be welcome – but it is slow: The pensions industry has long loved its opaque acronyms, so savers may be happy that the plan proposes to dispense with many of these, including ARFs (approved retirement funds), RACs (retirement annuity contracts), and BOBs (buy-out bonds). Standardising all such supplementary pensions might make the whole sector more punter friendly by making it easier to understand. But it is easy to be a little bit cynical all the same as to when this might actually happen.

First, the report points to a “transition” period, for those currently invested in such products, so abolition won’t come anytime soon. And second, it’s not the first time such a proposal has been made. Consider this statement from a previous report: “The options of retirement annuity contracts and buy-out bonds should not be available any longer.” And when was it written? Back in the National Pensions Policy Initiative report of 1998.

State pension age is likely to increase: A month on from the Government’s decision to row back on increasing the State pension age to 67 from January, we have got a signal that this move is likely to be only temporary. Yes, in the latest report the Government has suggested increasing the age at which workers can save into their pension to 75, up from 70. This move to increase the “normal retirement age” to 75 is aimed at allowing private pension members to stay saving for longer. And if they’re saving for longer, then they must be working; and if they’re working, then they won’t need the State pension until later.

Middle-income earners benefit the most from tax relief: It is not those who earn the most who benefit the greatest from tax relief on pensions. According to figures in the report prepared by Insurance Ireland, it is in fact middle-income earners on salaries of €30,000-€60,000 who benefit the most from the current system of pension tax relief. The net effective rate of tax relief for these earners ranges from 21 per cent to someone earning €60,000, up to 22 per cent for a worker on €30,000, while the relief is only worth 14 per cent to a higher earner on €250,000. But the relief is only half of this to lower-income workers, at just 7 per cent for a worker earning €20,000.

Early access to pensions is not on the agenda:

A number of submissions called for early access to pension funds. Davy, for example, suggested allowing savers access up to 25 per cent of their fund, subject to income tax, at some stage during their working life. “We believe that savers will be more likely to continue to make pension contributions if they know that they have the option to access some of the funds,” the stockbroker suggested. However, while mentioning such proposals in passing, the report failed to progress the issue.

There will always be pressure on charges: One of the proposals in the report is to replace approved retirement funds (ARFs), into which your pension might be invested at retirement, with personal retirement savings accounts (PRSAs). And from a charges perspective, this could be a good move.

While some ARF providers might argue that their structures are fully transparent, the report noted that when it comes to ARFs, pension savers “may not fully understand the nature and source of charges applying to them”, and that the way charges are presented makes shopping around difficult. With a PRSA, however, charges may be presented more clearly, and there is a definite cap on charges; providers of a “standard” PRSA can take up to 5 per cent of every contribution, as well as a 1 per cent annual fee.

But savers shouldn’t expect these charges (which are already expensive) to apply to the new “whole of life” type PRSAs proposed. While in the submissions received as part of the process the Economics and Social Research Institute argued for fees to be capped at the “minimum level”, citing the 0.3 per cent levied by the National Employment Savings Trust in the UK, others wanted higher fees.

City Life for example, a financial planning firm, argued that if the cap is to be retained, then it “needs to be higher and more flexible, to allow for adviser remuneration”. Similarly, Irish Life argued that “having only two charges on the [PRSA] product reduces options to build tailored products to suit clients, advisers and product providers”.

The auto-enrolment train is still rumbling on: Yes, some 14 years since the notion of auto-enrolment, whereby workers are automatically enrolled into a pension scheme, was first mooted, the Government is still discussing it. It once again was the subject of consultation in this report, when the group asked whether any changes should be made to how savers are incentivised under the scheme. It really is beyond time the Government jumped on board and got this one out of the station; people who could have benefited from it will be actually retired before it comes to market.

1 Basic income for all: Has the Covid crisis given us a new economic model?
2 Direct sea routes to Europe offer certainty in choppy Brexit waters
3 ‘I don’t need to do any of this. . .I don’t actually need to work.’
4 Online shoppers face unwelcome tax surprise
5 Promontoria barred from pursuing doctor over Ulster Bank loan
6 Only way is up for Stripe as valuation skyrockets
7 Kinzen raises $2.2m as it helps clients fight ‘misinformation’
8 Unilever’s Dutch and British arms merge after 90 years ahead of Brexit
9 Pandemic brings a halt to Zara-owner’s Irish expansion
10 Admission of mistake in Oxford vaccine dose raises doubts over reliability
Real news has value SUBSCRIBE
Save money on international transfers