Stocktake: Day trading like it’s 1999 will end in tears 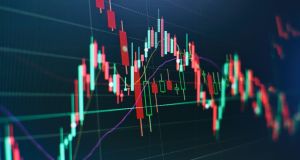 Some recent action has been even crazier than that seen in the late 1990s. Photograph: iStock

The day traders are back and buying stocks like it’s 1999. In fact, some recent action has been even crazier than that seen in the late 1990s, with the stock prices of various bankrupt companies like Hertz and JC Penney skyrocketing as retail traders piled in on top of each other.

The phrase “dumb money” comes to mind and that notion is not disabused when one considers characters like Barstool Sports’ Dave Portnoy. “Stocks only go up,” says Portnoy, who took up trading a few months ago and who recently told his 1.5 million Twitter followers that Warren Buffett is “all washed up”, adding: “I’m the captain now.” Silly stuff, although Portnoy’s comments are presumably tongue-in-cheek.

Indeed, some research suggests the dumb money isn’t as dumb as it appears. According to Goldman Sachs, a basket of the most popular stocks among retail traders has gained 61 per cent since March’s bottom, easily outperforming a comparable portfolio of hedge fund stocks.

The same point is made by Société Générale’s Andrew Lapthorne, who says retail traders’ timing “looks impeccable, with a significant pick-up in holdings as equity markets bottomed in mid-March”.