Stocktake: Stocks gain in the face of rising social unrest 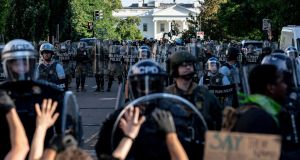 A global pandemic couldn’t stop the S&P 500 from registering its biggest 50-day rally in history, so perhaps it’s not surprising that markets continued rising last week even as mass unrest swept across America. This nonchalant investor reaction is not new. Stocks did just fine following the race riots in Ferguson, Missouri in August 2014. Markets took little notice when rioting erupted in Los Angeles in 1992 following the acquittal of police officers who had beaten Rodney King. Equities gained in the week following Martin Luther King’s assassination in 1968. Indeed, 2020 resembles 1968 in many ways, noted Fundstrat strategist Tom Lee last week. Approximately 100,000 Americans died due to a global influenza pandemic in 1968 while there were mass protests and rioting as tensions boiled over following the assassinations of King and Robert Kennedy and the ongoing war in Vietnam. Nevertheless, stocks gained 11 per cent. Still, 2020 is different in key respects. Unemployment was less than 4 per cent in 1968, US GDP grew by 4.9 per cent and markets cheered Richard Nixon’s election. Today, economic uncertainty is enormous, the odds of less market-friendly policies under a Democrat administration are rising, and America is led by a desperate, reckless president who may cry fraud if he is defeated in November. Stocks shrugged off last week’s unrest but social and political risks are real and rising.