Wealthy investors look to ride out the Covid storm 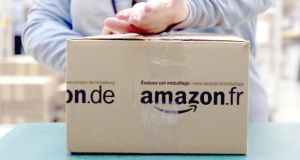 Amazon has joined forces with a leading business group to offer advice on how firms can get back to work safely as the lockdown continues to ease. Photograph PA

Given the devastating impact of the Covid-19 pandemic on the economy as well as on human lives, investors are showing remarkable resilience.

A full 71 per cent of UK-based wealth managers polled on behalf of the FT say their clients bought stocks after they plunged when the crisis struck, contributing to the subsequent strong rally.

Among the rest, 22 per cent said they expected clients to return to purchasing equities by the end of 2020, leaving just 7 per cent saying it would take longer, according to the survey by Savanta, a research company.

These views, which are in line with other soundings, have left many advisers wondering why their clients are so optimistic when the economic outlook is dire.

The UK Office for Budget Responsibility has forecast that coronavirus will deliver a 13.8 per cent hit to gross domestic product this year alone. Globally, the IMF is preparing to revise down a forecast 3 per cent decline for 2020.

Wealth managers themselves seem much more cautious than their clients. In the Savanta poll, only 4 per cent of respondents expect the FTSE 100 to rise again above 7,000 this year, with most – 81 per cent – predicting it would do so only next year. The index this week stood at around 6,200, having fallen from a 2020 peak of 7,674 in mid-January and recovered from a low in late March of 5,190.

This is a turnaround from the pre-crisis mood, when many advisers appeared more positive than their clients and then reported that cautious investors were holding back from equities, often spurning bullish recommendations from wealth managers.

At one level, the explanation is obvious. Pre-Covid markets were trading close to record peaks. In the depths of March, the FTSE was down a third from its 2020 high. On the face of it, this presented a good opportunity for bargain-hunting, especially with central banks pledging yet more easy money – the fuel that has fired financial markets for a decade.

Since investors try to anticipate future economic activity rather than focusing on current performance, stock buyers now are looking for an upturn 12-18 months away. Coincidentally or not, that is the timeframe that the more optimistic health experts believe could see the launch of a Covid vaccine.

In a survey of global investor sentiment, Swiss bank UBS found at the end of April that 70 per cent of wealthy individual investors remained positive about the long-term prospects of their region, almost the same as three months earlier. By contrast, short-term optimism was down sharply from 67 per cent to 46 per cent.

Crucially, almost half expected to keep the proportion of stocks in portfolios at today’s levels for the next six months, while 37 per cent planned to invest more. So, fully 85 per cent or so had no plans to cut exposure.

Wealth advisers are a bit flummoxed by their clients’ exuberance. As one top European private banker says: “A correction in a bear market is a natural outcome. But I don’t understand: people are behaving as if nothing were happening around them.”

He adds: “I don’t believe in a V-shaped recovery. I believe in an L-shape or a U-shape, with the second leg being at 45 degrees. There is nothing in place to justify another strong rally.”

James Penny, head of UK international private banking at Barclays Bank, says clients’ reactions to the crisis have been “mixed and varied”. Some have been buying on the dip, increasing gearing and investing in hard-hit risky stocks such as airlines, while others have taken defensive positions.

History suggests an early bounce back after a dramatic fall is no protection against further sharp declines. In the classic case of the 1929 Wall Street crash, the Dow Jones index recovered 73 per cent of its loss in early 1930 only to hit rock bottom as late as July 1932, 86 per cent down. It recovered its previous high only in 1954.

But the canny – or lucky – investor can beat the average, even in dire conditions. In the 1930s, a high-tech leader of the day, Dow Chemical regained its old peak as early as 1933. Two others, Honeywell and 3M, did so in 1936.

Today too, investors are rightly being selective, backing companies that can profit from lockdown. Amazon, the ecommerce giant, and Netflix, the streaming company, are both up by more than 25 per cent on the year to date. Ocado, the UK online grocer, has risen by over 70 per cent. As in the 1930s, tech is triumphing.

Meanwhile, the biggest losers are unsurprisingly concentrated in sectors hardest hit by the lockdown, including airlines, hotels and restaurant chains. IAG, British Airways’ parent, is down by 60 per cent, year-to-date.

But even the most successful companies are not immune to Covid-induced macroeconomic shifts, nor to policy responses. It is revealing that wealth managers, when questioned by Savanta about their biggest concerns, highlighted possible tax increases to help pay for the stimulus packages launched to counter the pandemic.

Just over two-thirds of respondents were worried about the impact of potential tax rises – almost as high a share as the 71 per cent who expressed concern about the decline in client portfolio values due to the market plunge.

After long years in which the tax take in the developed world has been almost flat, possible increases loom on the horizon. Even wealth taxes, often regarded as “too hard to collect”, are under discussion, with the debate in the UK focused on potentially taxing property ownership.

It is early days, and debt-financed government spending is still growing rapidly in response to the pandemic. But as Benjamin Franklin said: “In this world nothing can be said to be certain, except death and taxes.”

1 How much do Irish people earn? And what will Covid-19 do to our wages?
2 Second Covid-19 outbreak and no-deal Brexit an appalling vista
3 Flights abroad ban could last all summer
4 Nine more suing INM and Leslie Buckley over alleged data hacking
5 Why are markets booming when a crash is on the way?
6 Ireland faces 'deep downturn' this year and may not rebound until 2024 if there is a second wave
7 Restaurants file court actions against insurers over lockdown losses
8 Columbia Sportswear defies gloom with first Irish standalone shop
9 Income tax receipts prove remarkably resilient to coronavirus
10 Stocktake: Playing poker with the day traders
Real news has value SUBSCRIBE
Save money on international transfers