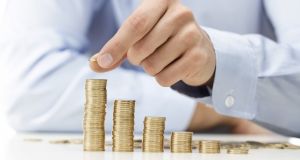 Irish savers have not much to cheer about at the moment.

It’s not getting any better for Irish savers. In fact, it could be getting worse. New figures show that Irish savers continue to earn the lowest return on their deposits, and the trend remains downwards.

“Ireland persists with the lowest rates in Euro territory,” the survey says, noting that savers in other Euro zone jurisdictions continue to benefit from much higher rates.

And not only is the Irish rate the lowest, but it is also getting worse, regardless of the fact that the European Central Bank hasn’t touched interested rates in recent years. Indeed average Irish deposit rates are down by 57 per cent on this time last year, the Raisin survey shows. This trend is right across deposit rates, with rates down by 19 per cent in the Netherlands and by 12 per cent in France.

1 Could your old car be giving away all your secrets to its new owner?
2 ‘The rental situation stops me moving back home’
3 Why are markets booming when a crash is on the way?
4 Brexit: System agreed for Irish goods to skip checks on UK trade
5 David McCullagh announced as co-host of RTÉ Six One News
6 Dublin-founded Future Finance agrees £100m debt facility
7 Digicel warns of Covid-19 hit after first earnings rise in years
8 Ireland faces 'deep downturn' this year and may not rebound until 2024 if there is a second wave
9 Red tape logjam creates fear for Irish timber supply
10 Why you should enter The Irish Times Innovation Awards
Real news has value SUBSCRIBE
Save money on international transfers