How to ride the stock market rollercoaster

Proinsias O’Mahony: Seven nerve-calming steps to help you make sense of it all 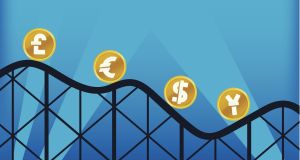 Volatility has returned to global markets. Market corrections can be scary but knowledge is always the best antidote to fear. Here are seven pointers to help guide investors as they ride the market rollercoaster.

1. Escalator up, elevator down

Last year, the S&P 500 rose 21 per cent, but it did so gradually – the biggest one-day gain was just 1.38 per cent. It’s often said markets take the escalator up and the elevator down, and the recent falls – the Dow Jones index suffered a double-digit correction over a six-day period – are just the latest example. Stocks fell 13 per cent over a three-week period in January 2016; 11 per cent in six days in August 2015; and 18 per cent over a three-week period in the summer of 2011. “Fear spreads much quicker than greed,” notes Michael Batnick of Ritholtz Wealth Management, with market stampedes resembling what happens when someone screams “Fire!” in a crowded theatre. Being an investor is like being an airline pilot, billionaire fund manager Howard Marks noted during the early 2016 sell-off – “hours of boredom punctuated by moments of terror”.

There was a lot of breathless reporting about how the US stock market suffered its biggest one-day points decline in history on Monday, February 5th. However, things are less dramatic if one looks at the decline in terms of percentages rather than points. The S&P 500 fell 4.1 per cent.

That’s a big move, but far from unprecedented, and nowhere near record levels (that dubious honour goes to Black Monday in October 1987, when the S&P 500 fell 20.5 per cent). The index experienced 19 worse days in a six-month period in 2008-2009, notes financial blogger Eddy Elfenbein. Over the past decade, the 4.1 per cent decline ranks 25th in terms of worst one-day losses. There have been 144 prior one-day drops of at least 4 per cent, notes Bespoke Investment Group.

Think about that – 144 times. Rapid, scary declines have always been part and parcel of stock market investing. It doesn’t mean the world is ending.

3. Markets are not all knowing

During market downdrafts, “many investors impute intelligence to the market and look to it to tell them what’s going on and what to do about it”, Howard Marks noted in a 2016 memo. “This is one of the biggest mistakes you can make.”

Marks is echoing Nobel economist Paul Samuelson, who once quipped that he had forecast nine of the last five recessions. Ben Carlson, of Ritholtz Wealth Management, notes the S&P 500 has experienced 34 double-digit corrections since 1950, with 22 of them occurring outside a recession. Investors should remember that the market is a daily barometer of investor sentiment, as Marks put it, not an omniscient fundamental analyst that somehow “knows” bad times lie ahead.

4. A return to normality

The rapidity of the recent declines was all the more spooky because it’s been so long since investors experienced any sort of volatility. Not once in 2017 did stocks experience a daily decline of 2 per cent. Stocks were never more than 2.8 per cent from their all-time highs last year and had not experienced a peak-to-trough decline of 5 per cent since the short-lived Brexit sell-off in June 2016 –the longest such streak in market history This long stretch of calm was abnormal, the recent volatility, not so much. On average, stocks experience daily losses of at least 2 per cent roughly five times a year. Stocks have gained in 28 of the last 37 years but it has not been a smooth ride – the S&P 500 has averaged an intra-year drop of 14.2 per cent over that period, according to JPMorgan’s quarterly Guide to the Markets. In other words, there’s nothing unusual about market corrections. In contrast, “an extended rally with almost no drawdowns is totally and completely bizarre,” says Eddy Elfenbein. “Act accordingly.”

It would be nice to think the professional investors to whom most people entrust their money are especially alive to danger, that they are fearful when others are greedy and greedy when others are fearful, to use Warren Buffett’s oft-quoted line. Alas, the opposite is true. Merrill Lynch’s monthly fund manager surveys show professionals were decidedly cautious at the market bottom in February 2016, holding more cash than at any time over the previous 15 years. Stocks went on to soar 59 per cent, driving valuations to levels unseen since the late 1990s. Instead of being cautious, however, fund managers joined the party. Merrill’s January survey showed cash levels were at five-year lows; the number of investors taking out protection against a near-term correction was at its lowest level since 2013; hedge fund equity exposure hit levels unseen since 2006. It’s a familiar script. Things always look great at the top.

“Tech Giants Power to New Heights,” ran the headline in the Wall Street Journal in the aftermath of “record quarterly financial results” reported by Apple, Amazon and Google parent Alphabet. Hours later, as the market sell-off rapidly gathered pace, the Journal referred to the companies’ “mixed” results. All too often, market falls are explained by “bad” news stories, while gains are explained by “good” news stories. However, the reality is that prices often drive the news, as opposed to the news driving prices. It can be very difficult to ascertain why markets are rising or falling, and many of the explanations for recent market developments don’t hold up to scrutiny.

Even today, there is widespread disagreement as to what caused the record one-day crash on Black Monday in 1987. According to a survey by Nobel economist Robert Shiller, most investors said their actions were driven by the price declines as opposed to a specific fundamental factor.

Research confirms these are not isolated examples and that many of the largest market movements in history are not readily explained by changes in market fundamentals. “There’s never really a single reason for a sell-off,” says Carlson, “but investors are always quick to ascribe one because it gives us an illusion of control when we really have no idea what will happen next.”

7. Worrying is not productive

Research has found that 85 per cent of the things people worry about don’t come true. Similarly, agonising about market developments tends not to be productive.

Since the bull market began in March 2009, notes market strategist Ed Yardeni, there have been four double-digit corrections and 60 “panic attacks” – periods where stocks suffered short-lived sell-offs. During the August 2015 correction, I wrote: “Most pullbacks do not become corrections; most corrections do not become bear markets; and most bear markets do not morph into market meltdowns.”

This doesn’t mean everything is fine and dandy. It just means investors should remember that betting on the worst-case scenario is, by definition, a low-probability bet. Of course, the worst-case scenario does occasionally occur, but the aforementioned psychological study also offers comfort on that score. When worries do come true, the researchers found, 79 per cent of people said they handled the outcome better than they thought they would. In other words, stocks will eventually experience a big, bad bear market, but it probably won’t be as emotionally traumatic as you think.

1 Bank leaked my loan request to family who tried to rip me off
2 Solar panels: How do they work - and are they worth it?
3 Ryanair and Aer Lingus monitor impact of coronavirus on travel to Italy
4 Over $12m from sale of Walford handed over in Sean Dunne bankruptcy case
5 Mastercard to create 1,200 new jobs by expanding base in Dublin
6 Digicel’s earnings rise as it looks towards refinancing $1.3bn of bonds
7 Ten of the most mysterious aircraft disappearances
8 Wall St falls sharply as coronavirus fears surge
9 1,800 homes sign up as WiredScore rolls out build-to-rent certification
10 Boris Johnson's new immigration regime will damage much more than industry
Real news has value SUBSCRIBE
Save money on international transfers