Not every tracker mortgage refusal will yield redress

Q&A: EBS terms and conditions critical for mortgage given for affordable housing 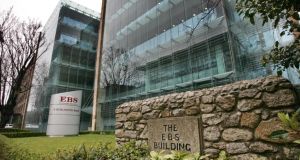 “The tracker mortgage crisis has been one of a litany of shameful behaviours by Irish lenders that spend millions on marketing budgets telling us how much they care for us as customers.” Photograph: Matt Kavanagh

In 2007, I qualified for the Dublin City Council affordable housing scheme and was able to purchase an apartment at a reduction from market price.

I got a mortgage from EBS. When filling out my application, I was told by the loan officer that I would not qualify for a tracker as this option was not available to me due to it being an affordable housing scheme. As a result, I had to select the variable interest option and subsequently signed the mortgage application form. Do I have a genuine case here for redress?

I doubt it, but you never know. At the heart of the tracker mortgage crisis – and critical to any argument for redress – is the fact that borrowers were deprived of access to a tracker mortgage to which they had a contractual right.

Largely, these would have been people who were on a fixed-rate term with a lender. The terms and conditions at the time they signed up to the fixed rate period would have set out what their options were at the end of the fixed rate. Generally, these included the right to opt for a tracker rate.

What happened, unfortunately, is that by the time the fixed rate period concluded, banks had finally wised up to the fact that they had got their sums catastrophically wrong on trackers. Essentially they were losing money on them. So they simply pulled them from the market.

Now, that’s fine for any new business but the customers affected still had contracts which promised them the right to a tracker – and the banks refused to honour this contractual obligation.

The tracker mortgage crisis has been one of a litany of shameful behaviours by Irish lenders that spend millions on marketing budgets telling us how much they care for us as customers. In this case, banks acted as though only its customers were bound by a legal contract. When you think about the amount banks spend on their legal teams, the notion of a one-sided contract is a fantastical concept.

In your case, however, you were told clearly at the application stage that the tracker product was not available to you in relation to the type of mortgage you were seeking.

What matters here is the terms and conditions under which EBS agreed to provide mortgage finance to applicants in relation to affordable housing. Did they have specific paperwork stating what mortgage products were and were not available to such applicants? If so, and if these excluded trackers, the lender has no case to answer on this occasion.

There certainly is no requirement for the bank to offer precisely the same terms to all its customers. For instance, buy-to-let or investment borrowers would traditionally have access to a different range of products at different rates than owner occupiers. The same goes for first-time buyers. And just because trackers were available last week, there is nothing to stop the bank reassessing its product offering this week.

However, if there were no specific written terms and conditions set out, you must assume that the normal lending terms and conditions applied; and if, in those circumstances, EBS was still offering trackers in 2007, there seems no reason for them to refuse you. In which case, you would have cause for redress.

If the bank was proactive enough to alert you to the exclusion of this tracker product in your circumstances at the application stage, you’d like to think that they had got their ducks in a row and had formal written terms and conditions to backstop the position. However, this is precisely the period when chaos reigned in Ireland’s banks as the full horror of the cost of the tracker miscalculation sank in just as the global financial crisis bit.

I think you’ll find you’ve no case here but there’s no reason not to get EBS to produce the terms and conditions for your product as they were at that time. And if they can’t, go after them and good luck to you.

1 Who are Ireland’s 17 billionaires?
2 State subsidises public sector retirees to cover gap until State pension
3 My father in a nursing home wants to gift me his house
4 Are there annual limits on inheritances or gifts to a child?
5 Corporate tax change is inevitable, says Donohoe
6 Countries that fail to attract immigrants will lose out – Microsoft chief
7 Domino’s Pizza spared costs despite losing appeal
8 Ulster University and Dell sign £85m partnership
9 Cubic Telecom raises more than €11 million in funding
10 Politicians walk into pensions minefield with eyes wide open
Real news has value SUBSCRIBE
Save money on international transfers