I left the workforce in 1989 to have children. What pension can I expect? 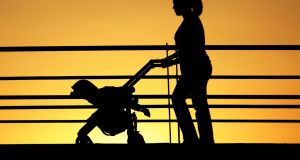 I started working in June 1975 and finished employment in January 1989 when I was pregnant. My first child was born in June 1989, my second child in June 1992. I was born in March 1956. Can you tell me what pension I am entitled to and when it would it commence please?

Having started work in June 1975, you would have nearly 13 years contributions by the time you left the workforce in January 1989 to have your first child – well in excess of the 10-year minimum (520 PRSI stamps) required to access the State contributory pension.

Now you already have some of those credits because, from 1994, you would have been eligible for credits under the Homemaker’s Scheme which came in that year.

Still, Homecaring backdates your right to credits to June 2018, so it improves your position.

Ultimately, it appears you will have a cumulative 28 years – or just under – of PRSI stamps under the new total contributions approach outlined by Minister for Social Protection Regina Doherty last month.

While an either/or approach applies for anyone retiring between 2012 and 2020 under the Minister’s announcement, this total contributions approach will be the only option from some time in 2020, she has said.

So that leaves you with a pension that will be worth almost 28/40ths – or 70 per cent – of the full weekly rate in 2023. On the basis of the State pension rate of €243.30 from the end of next month, that would give you a figure of just under €170.31. Assuming that State pension rates will rise over the next five years as they generally do, the figure will be a little higher.