At Sky, a potential change of ownership is coinciding with a technological shift 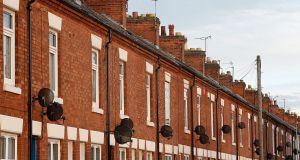 The trajectory of technology in the television business couldn’t be clearer: satellites are yesterday’s news. Photograph: Godong/UIG via Getty Images

Ever since Sky first started broadcasting in the 1980s, it has been synonymous with two things: billionaire media mogul Rupert Murdoch and the concept of satellite television. Now the question is, which of these will it leave behind first?

The company is 39 per cent owned by Murdoch’s 21st Century Fox, which is bidding to buy 100 per cent of it, though it has encountered a regulatory stumbling block, as the UK’s Competition and Markets Authority doesn’t think a man who owns so many newspapers should also be in control of Sky News. But even if Murdoch succeeds, his full ownership of Sky might not last for long: Fox’s stake in Sky, whatever its size, is among the assets that it has agreed to sell to global media conglomerate Disney.

Another change coming down the tracks may have more impact on Sky subscribers. The pay-TV company has signalled that it will soon allow its customers to “ditch the dish”. It has been edging in this direction for a while: Sky’s forays into the “pay-lite” TV market through the Now TV service effectively allowed dish-less viewers to access its content for the first time.

In what it describes as a “major development”, Sky has now confirmed that it will move further from its satellite broadcasting origins by making all of its channels and content available over the broadband-connected Sky Q box – with no need for a dish.

This will start in its Italian market, followed by Austria, so it may take some time before it reaches Ireland, while the company has also said it has no plans to stop broadcasting by satellite. But the trajectory of technology in the television business couldn’t be clearer: satellites are yesterday’s news. Sky, whoever ends up owning it, is moving on.