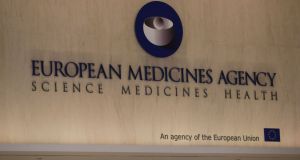 Milan is threatening to sue the Council of Ministers to get the European Medicines Agency relocation decision reopened. Photograph: Getty Images

There are red faces in the European Commission this week after the head of the London-based European Medicines Agency publicly complained that the agency’s new home in Amsterdam would not now be ready by next January, when its 900 staff are supposed to move in. It will not be finished until November, necessitating an expensive double relocation.

The Dutch won the bid last November to host the agency post-Brexit after a fiercely contested battle with 15 other cities – Dublin included – and after the bids were vetted by the commission for, among other things, their ability to ensure seamless continuity for the agency.

Pipped at the post – on the toss of a coin – Milan is now threatening to sue the Council of Ministers in the European Court of Justice to get the decision reopened.

Ireland, it will be recalled, tactically withdrew its application at the last minute in the hope of winning the bid for the European Banking Agency, only to be beaten by Paris.