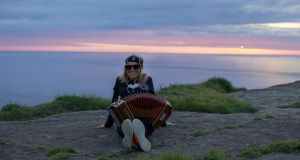 Live music performances on Irish radio and television will be supported by €1.4 million in dedicated public funding to mitigate the “devastating” impact of Covid-19 on the sector.

Details of the scheme, first flagged in December, were laid out by the Broadcasting Authority of Ireland (BAI) on Wednesday, with the special music fund opened up for applications from programme producers alongside a standard €5.5 million open round of the Sound and Vision scheme.

The BAI said potentially eligible projects would include shows featuring live music performances in conjunction with interviews and conversations with the artists. The airing of themed concerts, collaborative broadcasts from a variety of venues and “virtual” versions of an existing festival will also be considered for funding, as will documentaries that explore how the contemporary live music sector has been affected by the pandemic.

The closure of all entertainment venues since March 2020 has shone an additional spotlight on televised music performances in recent months, with Tolü Makay and the RTÉ Concert Orchestra scoring a viral hit with their rendition of The Saw Doctors song N17 after appearing on RTÉ One’s New Year’s Eve Countdown Show.

The spate of one-off music programmes to avail of existing public funding sources included RTÉ One’s Ireland in Music, in which festival organisers TradFest brought together artists such as Sharon Shannon, Denise Chaila and The Stunning to perform from scenic locations.

TG4’s Christmas Day 2020 broadcast of a Dubliners concert from 2012, the recording of which was originally thought lost, also helped the channel to its best Christmas ratings in a decade, suggesting audience demand for music performances is high.

“We hope that the additional €1.4 million funding available for this type of programming will provide an opportunity for music industry professionals to connect with audiences through TV and radio,” said BAI chief executive Michael O’Keeffe.

The ringfenced music fund came at the request of Minister for Tourism, Culture, Arts, Gaeltacht, Sport and Media Catherine Martin.

“Musicians, in a sector severely damaged by the pandemic, need opportunities to perform,” Ms Martin said.

“These new broadcasting grants will give their music a platform, especially at a time when the public really miss going to concerts. I look forward to enjoying the projects that will be made possible through the additional funding and am delighted that the open round will significantly benefit independent producers and broadcasters at this difficult time.”