Increase in number of entries, with 109 photographers entering over 2,000 images 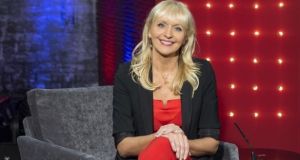 The 43rd annual Press Photographer of the Year Awards are to be broadcast live online next month in a ceremony presented by broadcaster Miriam O’Callaghan.

The awards are organised by the Press Photographers’ Association of Ireland and are open to press photographers from across the island of Ireland.

The virtual awards ceremony on February 26th will feature recorded messages from a host of popular Irish figures and stars highlighting the importance of press photography in journalism and society, as a vital visual tool in news, views and information sharing.

This year has seen an increase in award entries, with 109 photographers entering more than 2,000 images across the nine categories.