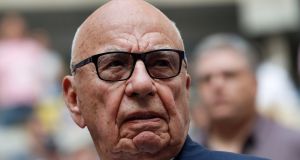 Media mogul Murdoch, who is also the chairman of Fox Corp , gave up his Fox salary last month.

News Corp executive chairman Rupert Murdoch is forgoing his cash bonus for the year after the media company posted a $1 billion quarterly loss due to a write-down in the value of its Australian pay TV unit and the impact of the Covid-19 pandemic on its businesses.

The company’s chief executive officer, Robert Thomson, who is giving up three-quarters of his annual cash bonus, said on Thursday News Corp would cut costs in all its units as it tries to limit the hit of the pandemic on its business.

“The collective cuts in bonuses and other cost initiatives will have a positive impact on profitability and our cash position,” Thomson said in a statement.

The Wall Street Journal owner said it incurred an impairment charge of $1.1 billion in the third quarter ended March 31st, primarily related to a write-down at its struggling Australian pay television unit, Foxtel.

News Corp also reported an 8 per cent drop in revenue to $2.27 billion, hurt by a weaker Australian dollar and lower subscription at Foxtel.

Separately, Australia’s Telstra Corp said on Friday that it expected to recognise an impairment charge of about A$300 million (€180.6 million) against its investment in a 35 per cent stake in Foxtel.

Media mogul Murdoch, who is also the chairman of Fox Corp , gave up his Fox salary last month. – Reuters