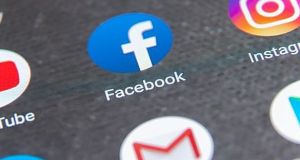 Technology giants should be subject to a 6 per cent “windfall tax”, with the money going towards a rescue package for the embattled Irish media industry, the National Union of Journalists (NUJ) has said.

Despite unprecedented online traffic, national and local media have been hit hard since the start of coronavirus crisis, primarily due to a dramatic fall-off in advertising. Many outlets have announced redundancies while others, including The Irish Times, have introduced temporary pay cuts.

To mark World Press Freedom Day on Sunday, the NUJ released a wide-ranging rescue plan for the media industry which it said should be central to government formation talks.

Longer term, this includes the establishment of a commission on the future of the media and the transfer of media policies from the Department of Communications to a new Department of Arts, Culture and Media to allow greater focus on the area.

Much more needs to be done in the short term to save media outlets and prevent redundancies, said Seamus Dooley, head of the Irish branch of the NUJ,

“Public service and commercial broadcasting organisations, national newspapers, the regional press, specialist titles and online/digital publications are teetering on the brink of ruin at a time when the role of the media was never more important to citizens.”

He called on the Government to introduce a 6 per cent windfall tax on technology giants such as search engines and social media companies to fund a “News Recovery Plan.” The UK introduced a similar 2 per cent “Digital Services Tax” last month.

The Government should a provide free vouchers for online or print subscriptions to 18- and 19-year-olds and to those over 70, while households with subscriptions should receive tax credits, said the NUJ.

A government-funded journalism foundation should be established “to invest in local news and innovative journalistic projects” and media outlets should be permitted to apply for charitable status if they wish.

Media companies in receipt of public funds should have 25 per cent employee representation on their executive boards, it said.

Furthermore, companies who lay off employees, cut pay or pay out executive bonuses should be barred from receiving public money.

They should also be prevented from engaging in mergers, acquisitions or leveraged buyouts that result in job losses for a period of five years.

“The response of the media to the Covid-19 crisis and the increased engagement with readers reflects the relevance of the media as a reliable medium of news and public information,” added Mr Dooley.