Regulator leaves door ajar for Murdoch in his pursuit of Sky

Provisional blocking of £11.7bn deal suggests ‘remedies’ that could yet get it across the line 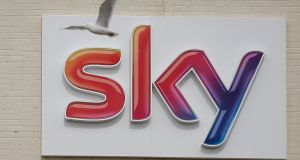 In provisionally blocking Rupert Murdoch’s bid to acquire Sky, the UK’s Competition and Markets Authority highlighted “media plurality concerns” – in other words, how much power the Murdoch family would wield over the British media world after the takeover. Photograph: Daniel Leal-Olivas/AFP/Getty Images

Rupert Murdoch is a man accustomed to getting his own way. After all, he famously renounced his Australian citizenship more than three decades ago in pursuit of his broadcast ambitions in America.

So he is unlikely to be deterred by Tuesday’s provisional ruling by the UK competition authorities that his £11.7 billion bid for full control of satellite broadcaster Sky is not in the public interest.

In provisionally blocking the deal, the Competition and Markets Authority (CMA) highlighted “media plurality concerns” – in other words, how much power the Murdoch family would wield over the British media world after the takeover.

Delivering the ruling, the CMA’s Anne Lambert said that media plurality “goes to the heart of our democratic process”. The Murdoch family trust already owns 39 per cent of Sky, along with 21st Century Fox and News Corporation, owner of the Sun, Times and Sunday Times newspapers.

Were they to buy the remaining 61 per cent of Britain’s largest pay-TV broadcaster, including its widely-respected 24-hour Sky News channel, the Murdochs would have “too much influence over public opinion and the political agenda”, she said.

According to the regulator, news outlets controlled by the Murdoch family are watched, read or heard by nearly a third of the UK’s population. They have a combined share of the public’s news consumption that is significantly greater than all other news providers, except the BBC and ITN.

The CMA’s ruling is a blow to Murdoch, who has long wanted to bring Sky fully within his global media empire. Six years ago, he was forced to abandon a bid for the business after the News of the World phone hacking scandal erupted, causing widespread public and political revulsion.

The 86-year-old media mogul swooped with his second attempt on Sky just over a year ago. But the move, bogged down by the CMA probe, has been further complicated by Murdoch’s decision last month to sell 21st Century Fox’s entertainment operations to Walt Disney, in a blockbuster $66 billion deal that would include the Sky stake.

However, the Disney deal will undergo investigations of its own, which are also likely to drag on, and the Sky/Fox issue has to be settled first.

Media plurality was only one part of the CMA investigation. The other, somewhat trickier area, is broadcasting standards. In other words, are the Murdochs “fit and proper” people to control of a major UK broadcaster?

On those grounds, the company at the centre of the phone hacking scandal has been given the all-clear by the competition regulator, although it did raise the issue of the controversial, right-wing Fox News channel in the US, along with the recent allegations of sexual harassment against Fox News employees there.

Overall, however, it found that Fox has a “genuine commitment” to broadcasting standards in the UK and, in this regard, would not be expected to operate against the public interest.

That leaves plurality as the problem, but the CMA has provided Murdoch with some solutions, or “remedies”. These include “structural” moves such as spinning off or selling Sky News, or what it terms “behaviourable remedies” that would insulate the news channel from any Murdoch family influence, such as the appointment of independent directors.

The CMA could also continue to recommend that the deal be blocked, which it says would address the root cause of its concerns and provide “a comprehensive solution to all aspects of the provisional adverse public interest finding”.

It noted, however, that blocking the takeover carries with it a risk that the news channel could simply be closed down by the Murdochs in order for the deal to win approval.

It may just have been a bargaining ploy, but Sky intimated last year that it might just be prepared to take such drastic action, telling the regulator it should not assume “the continued provision” of Sky News. Such a move would be hugely controversial, however, and likely to provoke an almighty political backlash. Nor would it do anything to improve plurality in the media industry.

Although loss-making, Sky News is no News of the World. It is impartial and well respected, and closing it down to fulfill his wider ambitions would surely be a step too far, even for the ruthless Rupert Murdoch.

These remedies have now been put out to public consultation and the CMA is due to deliver its final report in May. This will then be handed to the new culture secretary, Matt Hancock, who will make the final decision on the deal in June.