Pearson punished for profit warning on US textbook slump 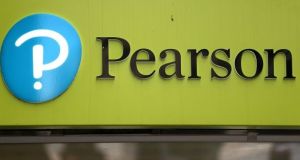 Pearson warned that a 20 per cent drop in demand for US college textbooks would hit its profit and jeopardise a return to sales growth next year, triggering an 18 per cent share price fall.

In an echo of Pearson’s past profit warnings, the world’s biggest education company said on Thursday that, while 75 per cent of its sales continued to grow, US higher education courseware revenue was set to fall as much as 12 per cent in 2019.

This compared with a forecast 5 per cent drop from the British education company, which has cut 16,000 jobs and restructured over six years to sell textbooks and courseware online, after a rapid move to digital sales sparked repeated profit warnings.

“That is painful for this year’s guidance but what it means is we’re just getting to the future state of this business more quickly,” chief executive John Fallon told reporters.

Adjusted operating profit is now forecast at the bottom of Pearson’s guidance range of £590 million to £640 million (€666 million to €722 million).