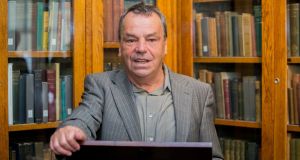 New accounts filed by Jordan’s Sunwind Enterprises Ltd show that it recorded the profit after sustaining a loss of €93,133 in 2017. It had current assets of €2.79 million, mainly made up of cash at the end of December last.

The two directors on the board of the company are Mr Jordan and his wife, Brenda Jordan. Its main place of business is at the Jordans’ Sorrento Terrace residence in Dalkey, and the company derives its income from the directing and production of films for TV and cinema.

The return to profit coincided with Jordan last year making his directorial comeback to the big screen with psychological thriller Greta, which starred Stephen Rea.

Before Greta, Jordan’s last major movie was the 2012 Byzantium starring Saorise Ronan and Gemma Arterton, which followed his success of overseeing the historical fiction drama, The Borgias.

He won an Oscar for the 1992 film The Crying Game for best screenplay. Other movie credits include The Butcher Boy, Interview with the Vampire, The Vampire Chronicles, Michael Collins and Ondine.

Brown Thomas and Arnotts to cut 150 jobs due to coronavirus 16:00
How Argentina and its creditors thrashed out a $65bn deal 13:01
New home completions drop 32% in second quarter 12:47
Hairdressing 7% more expensive in July as prices declined across economy 12:26
47,000 homes need to be built each year to solve housing crisis, report says 12:00
Search executive
jobs on irishtimes.com