Journalist steps down after two years on Communicorp-owned station 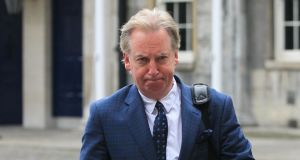 Paul Williams is leaving Newstalk’s breakfast show after two years and will present his final programme on Friday.

Williams, best known for being a crime journalist and author, said he had recently made “the tough decision” to leave the show, which he described as “a great experience”.

Newstalk, which is owned by Denis O’Brien’s Communicorp Media, thanked him for his contribution to the station over the last two years and said he would continue to be a regular contributor to its shows.

The broadcaster was part of a rotating line-up of three breakfast presenters introduced in September 2016 as a replacement for Ivan Yates and Chris Donoghue.

Colette Fitzpatrick, who was part of the 2016 breakfast team, left Newstalk last year to concentrate on her role as a news presenter for Virgin Media Television, leaving the regular duo of Williams and Shane Coleman.

Newstalk Breakfast has 121,000 listeners, according to the most recent Joint National Listenership Research (JNLR) figures. Its audience was flat year-on-year.

Yates is currently the drivetime presenter on Newstalk, with his Hard Shoulder programme attracting 157,000 listeners, up 22,000 year-on-year.

Newstalk said it would announce a replacement for Williams in due course.