US cable group has completed £30bn takeover of Sky 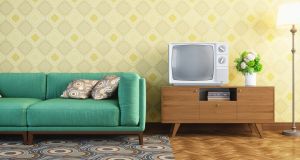 Comcast has identified 6 million households in its existing markets that it can target with its streaming service.

US cable group Comcast has set its sights on the 60 per cent of European households without a pay-TV subscription following the completion of its £30 billion (€34 billion) takeover of Sky.

In a joint interview, Brian Roberts, Comcast’s chief executive, and Jeremy Darroch, Sky’s chief executive, pointed to the “headroom” for subscriber growth in Europe - as well as the prospect of selling other products and services to Sky’s 26m customers.

“The big story in Europe is headroom [for growth] with 40 per cent of people having pay-TV,” Mr Darroch said.

He and Mr Roberts declined to comment on which countries they would target for the next phase of Sky’s expansion. The company has operations in the UK and Ireland, Germany, Italy and Austria and recently expanded into Spain with a digital service that does not require a satellite dish. Analysts expect this model to be deployed in other new markets.

Sky delists from the London Stock Exchange on Wednesday, bringing an end to its 30-year run as an independent company. Mr Roberts said its integration with Comcast had begun, pointing to adverts Sky channels will run for The Grinch, a new animated movie distributed by Comcast’s Universal movie studio.

The promotion is in line with Comcast’s “Symphony” programme through which it promotes movies from Universal across its NBC broadcast network and portfolio of cable channels.

The group recently said it would suspend a share buyback programme until 2019 in order to complete a bond sale - the fourth largest on record - to borrow $26 billion (€23 billion) to fund the Sky purchase.

“The deal is paid for,” Mr Roberts said, adding that Wall Street investors had initially misunderstood Sky’s appeal for Comcast: some analysts had initially dismissed the company because of its origins as a satellite operator. Sky now offers broadband, mobile and streaming services, as well as pay-TV.

“One of the things that attracted us to Sky was its content position, both in content creation and content partnerships” with companies such as HBO, Mr Roberts said. “We think of Sky as the third leg of the stool along with Comcast and NBCUniversal. As a standalone business it has always grown. Together with our platform, we are both better as a result.”

Mr Darroch, who has agreed a new contract with Comcast to stay on as Sky chief executive, said the company would benefit from being part of a larger business “from a capital allocation perspective”.

The company had three goals, he added. “How do we get to more customers, how do we sell more services to those customers and how do we enter new markets?”

The company has identified 6 million households in its existing markets that it can target with its streaming service. He added that there would be other new markets “to come” following its expansion into Spain but declined to give details. – Copyright The Financial Times Limited 2018