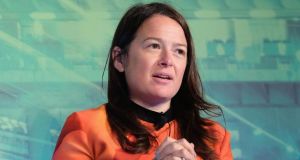 For any media outlet thinking beyond tomorrow, young people have always been an attractive group to court: form those habits early, secure that lifetime audience. Now new digital news ventures are targeting the under 30s with a greater fervour than ever.

Take, for example, the stark youth-chasing evident in the Kickstarter pledging options for Tortoise, a UK-centric “slow news” operation due to come out of its shell in January.

For £50 (€57), anyone who can prove that they are under 30 can have a five-year digital membership and procure up to 10 tickets a year for live events called “ThinkIns” (billed in some quarters as touring news conferences, which seems. . . niche). “Lock in the benefits of your 20s into your 30s! Anti-ageing for the mind,” declares Tortoise in two sentences ironically capable of making a reader feel older instantaneously.

By contrast, aged thirtysomethings and their even more ancient elders are invited to pay £250 (€286) for three-year digital membership and 10 ThinkIn tickets. Being old, the basket of additional goodies for the 30-plus cohort also includes a Tortoise-branded letter-writing set and Tortoise Quarterly, an anthology of big reads that comes in print.

In one entity, it seems to encapsulate several of the trends afoot at the loftier end of the news industry of late. There’s the Guardian-esque promise of “open journalism”, the choice of the inclusive-sounding “member” terminology, a pragmatic decision to avoid dependence on online display advertising, the shading of breaking news as a genre in its “slow down, wise up” tagline and its very modern promise not to publish more than five stories a day.

As of midday yesterday, it had raised more than £450,000 (€513,000) from 1,868 backers in the still-open fundraising, comfortably smashing its £75,000 target. And its launch party next spring is likely to be as youthful as hoped: Harding has told Press Gazette that some 40 per cent of its backers were under 30.

The offer of discounted prices can imply that a particular audience group is hard to reach. In this case, the desire for as many younger members as possible seems more like an attempt for Tortoise to be visibly hip, fresh and relevant, not necessarily what comes to mind when considering the product of powerful industry veterans.

Research commissioned by the Reuters Institute for the Study of Journalism indicates that younger people – though not strictly the under 30s – are more likely to pay for online news than middle-aged and older people anyway: the tendency to do so drops off from the 45-54-year-old category onwards.

The overall percentages are not high. In Ireland, 11 per cent were found to pay for online news, and this finding came from a survey that was itself conducted online. It was still a better figure than that for the UK, where it was a lowly 7 per cent. But the industry thinking is that entertainment services such as Netflix and Spotify have done the news business a favour by popularising the concept of monthly subscriptions. It is no accident that both the New York Times and the Times of London have had Spotify partnerships in the past.

Tortoise’s marriage of a youth-pursuing strategy to a Kickstarter one is also logical: donations to news organisations “tend to come from the young half of the population”, Reuters Institute research has found, with the millennial group both “more confident about paying for online services in general” and more likely to regularly donate to online charities.

January will also see the arrival of Kinzen, the news aggregator app that its chief executive and co-founder Mark Little, the former RTÉ journalist and Storyful founder, says is not just another news aggregator or app, but a community, to which it will cost €5/$5 a month to belong.

Kinzen, unlike Tortoise, does not intend to produce its own journalism, but aims to use curation and personalisation technology to function as a new-and-improved social network for the avid news consumer – one that creates a feed of interesting articles, like Twitter, but doesn’t make people want to throw their mobiles out the window, like Twitter.

Like Tortoise, it is supplementing its key financial backing from investors with an appeal for pre-launch donations in exchange for a period of access, opting for the philanthropic term “patrons” to describe the relationship.

Among those who don’t pay for news online, the majority say, quite reasonably, that they can get it for free. So will enough people pay for a service like Kinzen? Little, confident that they will, cites the keenness of the younger age group. “If you look at the 18-24-year-olds, they’re the ones who are paying for news,” he says.

Something has changed: Young people are not only seen as the passport to long-term survival, but the best bet for getting a nascent digital news business off the ground. They may be labelled subscribers, members, patrons, supporters or merely customers, but they can also be accurately termed “recruits”.