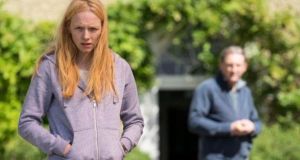 A scene from ‘Blood’, a drama recently broadcast on Virgin Media Television.

Virgin Media Ireland invested close to €100 million on capital expenditure last year as it reported a slight rise in revenues and as losses narrowed.

The company said residential revenues were marginally higher at €312.3 million. Business revenues came in at €32.2 million, as against €30.8 million a year earlier.

Overall, the company, which offers cable television, broadband and telephony services, said it had 451,520 customers at the end of the reporting period, as against 454,684 the previous year.

Capital expenditure jumped to €99 million from €64.9 million as the company continued to invest in its infrastructure.

Over the past two years, Virgin Media has added 100,000 new homes and businesses to its network map in Ireland and is on target to reach the one million milestone over the next two years.

Staff numbers rose slightly to 729 from 709 even as related expenditure, which includes wages and salaries, fell to €51.3 million from €55 million.

The company, which acquired the broadcaster TV3 in 2015, recently rebranded the free-to-air channels under the Virgin moniker while also adding a sports channel.

It has also beefed up investment in programming with new shows that include the drama Blood, which stars Bafta-nominated actor Adrian Dunbar.

Figures published by parent company Liberty Global earlier this year show Virgin Media Ireland lost both broadband and television subscribers in the three months to the end of June, but that revenue rose.