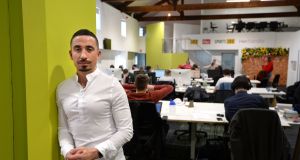 Media entrepreneur Niall McGarry is the majority shareholder of the Maximum Media group.

Maximum Media, the Irish digital media group whose sites include Joe.ie, has laid off nine staff following recent difficulties over reports it falsely inflated listenership numbers on a sponsored podcast.

In a statement, the company, which also owns the SportsJoe, Her, and HerFamily platforms, said “some challenges arose” towards the end of 2019. It said these were “addressed” in its medium-term business plan, as well as directly with customers.

“As part of the business normalisation, Maximum Media has announced a staffing reduction of nine people,” it said.

The company had increased staff numbers in 2017 as part of a drive to secure market share and increase turnover, but difficulties arose last month when the Core media group, the largest ad-buying agency in Ireland, withdrew all campaigns.

It did so over concerns that, in 2017, a so-called “click farm” was used to falsely inflate listenership numbers on a sponsored podcast.

The company’s then chief executive Niall McGarry, a media entrepreneur and the majority shareholder, stepped aside from any operational involvement the Irish business following the controversy.

Mr McGarry said he would concentrate on the UK business. He remains a director.

In its statement, Maximum Media pointed to uncertainty over the UK election, Brexit, and the “resulting downturn in media industry spend” as reasons for a poorer than expected performance last year.

It also said it has secured funding for its medium-term business plan which “supports its efforts to redirect the focus of the business to its core strengths of developing creative and engaging online editorial and video content”.