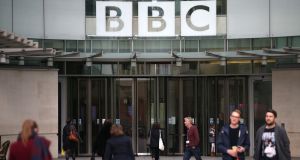 The BBC is to cut 450 jobs from its news operation while covering fewer stories, the corporation has told staff, as part of an effort to save £80 million (€95 million) from its budget.

Head of news Fran Unsworth made the announcement on Wednesday that journalists at the corporation would increasingly be pooled in centralised teams rather than working for specific programmes.

She said the corporation is currently covering around a hundred different news stories a day across all of its output and many of them are not reaching their intended audiences.

The news operation is required make £80 million a year of annual savings but is currently only halfway to its target, with Ms Unsworth warning that potential decriminalisation of the licence fee could result in further cuts.

“Producing fewer stories means we have to be a smaller organisation,” she told staff, emphasising that the BBC is under attack from changing media habits, claims of bias, and threats to its funding.

“Never in my career have I felt this organisation is quite under the threat that it currently is. There are many that believe that how we are funded is no longer appropriate when consumers seem to prefer to pay just for what they use.”

In addition to the already announced cuts to the Victoria Derbyshire show, Newsnight will lose a dozen posts, halve production of its in-depth films and reduce its spend on investigative journalism.

According to the National Union of Journalists a dozen jobs will go at 5Live while the sharing of radio bulletins across the BBC will result in a dozen further job losses.

There will also be an effort to reduce the number of on-screen news presenters, with five positions at risk.

Ms Unsworth told staff: “I do need to be honest with you: This organisation has to face up to the changing way that audiences are using us. We have to adapt. We need to create a modern newsroom that is built for the future and not for the past.”

Ms Unsworth said audiences to the traditional TV and radio stations is falling and the online audience is not making up the difference: “I understand why programmes want to make distinctive content simply for their audiences. But a modern newsroom needs to work smarter. We need to collaborate more and put the BBC News brand first.” – Guardian service