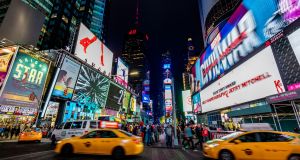 The Irish unit of media communications group Mediavest has rebranded as Spark Foundry as part of a global rebrand by its parent group as the agency shifts its focus away from media and investment alone.

Now moving to include offerings like analytics and insights, the agency which established itself in the Irish market in 1999 will put the rebrand into action with immediate effect.

Clients of the Irish branch of the media buyers include Aviva, Proctor & Gamble and Irish Distillers Pernod Ricard, which is a recent addition. Mediavest won the Irish Distillers contract in July 2017. Vizeum was the agency that previously held the contract. According to AC Neilson, Irish Distillers total media spend in the Republic of Ireland in 2016 was €2.6 million.

Commenting on the rebrand announcement, Michael Clancy, managing director of Mediavest Dublin, said: “The new vision for Spark Foundry matches the offering and ambition we have in Ireland to combine people, creativity and data to shape the future of media for our clients.”

The parent company of Mediavest, Publicis, is one of the world’s largest advertising agencies and has a number of high-profile clients in the US including Walmart, GlaxoSmithKline, and Hewlett-Packard.

Earlier this year Mediavest’s US unit lost a $500 million (€436 million) media buying contract with Honda Motors to an independent agency.

Turnover for Mediavest Ireland’s holding company, Core Media Communications, was €192.3 million in the 12 months to the end of 2015, an increase of 24 per cent on the previous year.

Pre-tax profit for the same period was €1.3 million, an increase of 173 per cent on the previous year. Core Media is also the holding company for a number of other Publicis brands including Starcom and Radical.