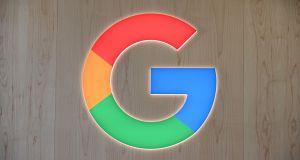 If the pandemic-triggered employee cutbacks and predicted 30 per cent decline in the Irish advertising market this year hadn’t refocused minds in the Irish media on one shared problem already, the French competition regulator’s ruling that Google must pay French news publishers for using their snippets online should have done the job.

France’s Autorité de la Concurrence was blunt: Google’s habit of helping itself to news snippets has been harmful, not helpful, to the journalist-employing outlets that produce them: “Google’s practices caused a serious and immediate harm to the press sector, while the economic situation of publishers and news agencies is otherwise fragile.”

The authority has now given Google parent company Alphabet three months to agree remuneration deals with news publishers and agencies in France.

Google has said it will comply with the order “while we review it” and also continue negotiations that began when European copyright law covering article snippets came into force in France last year.

Still, it’s probably best that nobody holds their breath while waiting for Google to show them the money. When France passed that copyright reform, becoming the first EU member to do so, Google responded by switching its French search results to headlines and URLs only. This effectively forced French publishers unable to cope with the damage to its web traffic to grant Google payment-free licences for the use and display of their content.

The Autorité was unimpressed by this, saying the unilateral withdrawal of snippets to avoid paying up likely constituted an abuse of a dominant market position.

Few would dispute that most news publishers benefit by having their snippets on Google, even if the articles are actually behind a paywall. The crucial point that should be thrashed out in the “engagement” between the two sides is that the practice is worth something to Google too. What, if any, price they ever pay for it remains to be seen, but the French ruling is the clearest recognition yet of an unfair bind.

The European news industry has been stuck in a loop on this issue for almost as long as it has been a bugbear and it hasn’t often had much support. The attitude taken by people more sympathetic to tech companies than to journalism is that because the odds are stacked against publishers triumphing in any fight with Google, they probably shouldn’t humiliate themselves by trying.

For sure, the media’s great sin is not being as clever as Google. Technology has brought new audiences, and spurred some product innovation, yes, but in pure financial terms the positives have been overshadowed by a mass ceding of advertising revenues, and therefore bargaining power, to first Google and then Facebook.

To put this in an Irish context, the two companies collected an estimated 40 per cent of all advertising spend in the Republic last year, or about €425 million, according to figures from marketing group Core. In the online ad market, the duopoly held a “whopping” 81 per cent share, leaving the scraps to a long tail of publishers and other platforms.

“The dominance of the duopoly has a significant impact on the budgets available to Irish online publishers,” wrote Core. It’s not only news groups that are affected: over the past decade, television and radio broadcasters have also seen vital chunks of advertisers’ cash drain away in the direction of the duopoly.

Advertisers increased their Irish investment with Google and Facebook by 7 per cent and 25 per cent respectively in 2019, Core estimates, and the forecast, before coronavirus sent everything into a tailspin, was that the two companies, especially Facebook (which also owns ad-friendly Instagram), would swell their ad revenues again this year.

Now about €300 million is expected to be knocked out of the Republic’s €1 billion advertising market in 2020. Everybody, including Google and Facebook, will be hit and is already being hit. Print, radio and television – segments of the market that were expected to see revenues wane again this year anyway – could be in a perilous state by autumn.

This torrid plunge in the advertising market has logically led news groups to step up their campaigns encouraging users to pay – or to start one, in the case of Journal Media, which last week launched a readers’ appeal. Online subscriptions are now a news industry norm: even long-term holdouts Independent News & Media introduced them in February courtesy of new Belgian owners Mediahuis.

The advantage is clear: the bigger and more stable their subscriber base, the more insulated media companies will be from both the negative drama of the advertising market and its unfavourable quirks.

But at a time when people are cutting their outgoings, not seeking to add to them, persuading them in sufficient numbers that it is ethical to pay for journalism (notwithstanding its free availability from multiple sources) remains a tricky task. Even wildly successful subscriber growth might not be enough to avoid a painful contraction in the sector.

This is not a normal year. One positive outcome of it may well be better collaboration and co-operation between media “frenemies” in the name of urgent common causes and points of principle.

The French regulator acted after a complaint was taken by the Le Syndicat Des Éditeurs de la Press Magazine, the Alliance de la Presse d’Information Générale and news agency AFP. Regardless of how their talks with Google proceed from here, it is a case study in the merits of getting together in a (metaphorical) room while there’s still a critical mass of news media left to fill one.