Stations will be told next week how they can apply for pot of €2.5m in emergency funding 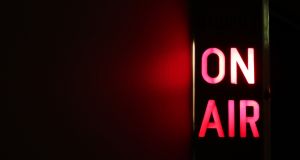 Independent radio stations will next week be given details on how they can apply for funds of €2.5m to help them cope with the coronavirus crisis. Photograph: Getty Images/iStockphoto

A quick scan of the Broadcasting Authority of Ireland’s Sound and Vision funding announcements makes it loud and clear that television programmes receive the bulk of the available money. In the latest round of €7 million, 36 TV projects received €6.4 million, while some 90 radio projects were given €650,000 between them.

The reason for the disparity may be obvious – television costs a lot more than radio to make – but it is no less annoying for the independent radio sector, which has long been calling for more support from the regulator and, by extension, the Government.

The first move by Minister for Communications Richard Bruton since the coronavirus crisis took hold was to waive for six months the levy that local radio stations pay to fund their own regulation. This was far from good enough. Choose Radio chairwoman Gabrielle Cummins described the Minister’s statement as “almost laughable” given the abolition of the levy had been a pre-election promise: a pre-2015 election promise, that is.

Since this initial step, Bruton has signalled that there will be €2.5 million in specific funding support, and the BAI will now outline the details of how stations can apply for it next week. The money is not extra funding as such, but will be ringfenced from Sound and Vision, which receives a finite amount of money each year: some 7 per cent of licence fee receipts, or about €12 million.

So while the total funding allocated to broadcasting won’t increase, struggling radio stations around Ireland should get a more meaningful share from the pot.

One issue they have always had with Sound and Vision is that it cannot at present be used to pay for the live news and current affairs programming that is the mainstay of their schedules and their most important connection point with listeners. This rule really should change, for the pandemic period at least.

After years of decline in radio advertising post the financial crash, many independent Irish stations were already hanging by a thread. Now that those ad revenues have plunged by 50 per cent or more, they need as much help as they can get to keep broadcasting to their communities and avoid dead air.