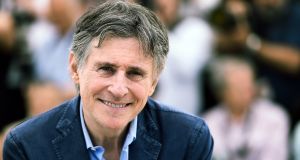 Diaspora-focused tourism jamboree, the Gathering, had plenty of critics ahead of its 2013 launch. Ryanair’s Michael O’Leary derided it as “the Grabbing”, while actor Gabriel Byrne, who had been retained as a cultural ambassador for the State, very harshly labelled it a “scam” to “shake down” the US-Irish diaspora. To be a truly Irish event there must be begrudgers.

The Irish tourism industry, however, remembers the Gathering rather fondly as it helped to spur the sector’s roaring comeback after the last financial collapse. Tourism hummed loudly for the seven years after that until Covid-19 broke like a tsunami on Irish shores last month.

Tourism officials are now examining if the Gathering can make a comeback.

The Irish Tourism Industry Confederation is estimating that overseas tourism receipts will fall this year by up to 70 per cent on last year’s record €5.1 billion. That would be a disaster. But a disaster may be the best the sector can hope for this year. If Covid-19 rumbles on and on, 2020 will be a complete write-off.

Planning needs to start now for the economic recovery. Tourism, one of our purest exports, should be at the heart of it. No sector can match its ability to quickly provide vast numbers of jobs for workers in every corner of the State.

Yet even though the tourism sector is in crisis now, next year may be too soon for any potential rerun of the Gathering. It would be just cobbled together. There is also no point in running a diaspora-focused tourism jamboree until the rest of the world economy recovers, otherwise nobody would be able to afford to come.

It would also require stability in the global aviation sector; it may take Ireland more than 12 months to get inbound air access back to normal levels.

A rerun of the Gathering might be just the tonic for the Irish tourism industry in the post-Covid world. But the timing must also be right.