Fintan O’Toole and Colm Keena up for prestigious awards The judges noted the Panama Papers caused “ructions right round the globe”. 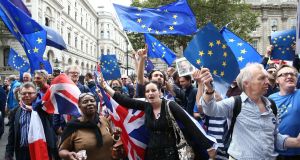 The Irish Times has been shortlisted for two European Press Prizes. The annual award scheme, backed by a number of independent European foundations, has nominated Fintan O’Toole as a candidate for the Commentator Award 2017.

This is for a series of columns on the Brexit referendum result and its consequences which, the judges said, “continue to be widely referenced in the debates in the UK and Ireland”.

The judging panel commented: “This is journalism. That’s what I like about him. He is just really good”.

Also shortlisted is the “The Panama Papers – The Secrets of Dirty Money”, an investigation by dozens of journalists across Europe, including Colm Keena of The Irish Times, into the secret world of Panamanian offshore companies.

It was published by the International Consortium of Investigative Journalists in alliance with The Irish Times, Süddeutsche Zeitung, the Guardian, Le Monde and 38 other major European publications.

The judges noted the Panama Papers caused “ructions right round the globe”.