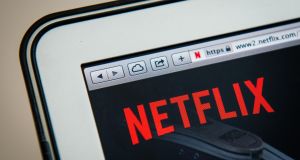 Netflix has invested $1.8 billion (€1.7bn) into licensed, original and co-productions in Europe since 2012, and will continue to spend more on new shows this year.

Netflix will co-produce three new series with the BBC and Canal Plus as part of an expansion of its European content business to drive customer growth in local markets in the region.

The US internet TV group has invested $1.8 billion (€1.7bn) into licensed, original and co-productions in Europe since 2012, and will continue to spend more on new shows this year.

These will include two productions with the BBC; Troy: Fall of a City and Black Earth Rising, and a third new series, The Spy, which will be co-produced and released on French cable network Canal Plus.

The company is also pushing ahead with plans to bring Netflix to TV set top boxes with operators in Europe.

“We have integrated Netflix with operators such as Orange, Vodafone, Liberty Global and BT, and signed a deal with Telenor to bring Netflix to their box. Today, we are bringing Netflix in Germany to Unitymedia subscribers,” said chief executive Reed Hastings in Berlin.

Netflix’s announcement comes on the back of EU pressure on on-demand services to invest more in local content and productions.

Last year the EU revealed plans that could force internet TV providers, including Netflix and Amazon, to devote “at least” 20 per cent of their catalogues to European films and TV shows, as part of an overhaul of broadcasting rules.

The negotiations are continuing, with MEPs trying to push the minimum to 30 per cent, according to people close to the discussions. The law would also require promotion of European content on web services’ homepages.

Netflix has warned Brussels that the rules would distort the market, even while arguing that it already met the metrics.

“Rigid numerical quotas risk suffocating the market for on-demand audiovisual media services,” Netflix wrote in its response to the commission. “An obligation to carry content to meet a numerical quota may cause new players to struggle to achieve a sustainable business model.”

It is also concerned that the rules on prominence of European content would interfere with its “personalised” algorithmic approach to surfacing the most relevant content for each user, according to the video streaming company.

Earlier this year, Netflix beat its own estimates for new customers in the fourth quarter, adding a record 7million subscribers, with nearly half of Netflix customers now outside the US.

The company’s shares have risen by more than a third in the past seven months, fuelled by fast customer growth and deals with US and European pay-TV companies.