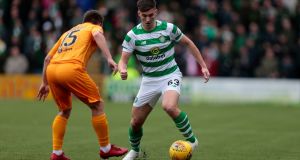 Irishman Mickey O’Rourke has netted the UK and Ireland rights to the Betfred Cup in Scotland for the next five years, via his company Premier Sports. This follows his success last week in securing rights to show two live games per round in the Scottish FA Cup for six years, starting in January.

Premier will exclusively broadcast between 12 and 16 live Betfred Cup (the Scottish League Cup) matches and highlights per season, starting with the 2020-2021 season.

Mr O’Rourke, a co-founder of Setanta Sports, was “genuinely delighted” to secure the rights. “This deal complements our recently-announced deal with the Scottish FA for their cup competition and completes a unique double for Premier Sports,” he said.

In June, Premier secured the Irish rights to broadcast 53 live English Premier League matches per season for a three-year period, beginning in August 2019.

In the bidding process run by the Scottish Professional Football League, Sky Sports won the right to exclusively broadcast up to 48 live premiership league matches per season, as well as up to six play-off matches, for five seasons from 2020-2021.