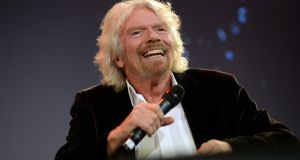 The telecoms regulator in the UK has levied huge fines against Virgin Media and EE after ruling the two companies charged customers that cancelled their contracts early an “excessive” amount.

Virgin Media was slapped with a £7 million fine while EE, owned by BT, was hit with a £6.3 million penalty.

Gaucho Rasmussen, head of Ofcom’s investigations and enforcement unit, said both companies had broken the rules.

“Those people were left out of pocket, and the charges amounted to millions of pounds. That is unacceptable. These fines send a clear message to all phone and broadband firms that they must play by the rules, in the interests of their customers,” he said.

Virgin Media immediately said it would appeal to the Competition Appeals Tribunal.

Tom Mockridge, chief executive of Virgin Media, said: “We profoundly disagree with Ofcom’s ruling. This decision and fine is not justified, proportionate or reasonable. A small percentage of customers were charged an incorrect amount when they ended one or more of their services early and for that we are very sorry.”

Early termination charges are permitted by the regulator as long as the fees are made clear to the customer and are not so high as to make switching provider too costly.

Ofcom said around 400,000 EE customers were overcharged when switching at an aggregate cost of £4.3 million.

The mobile company, over a six-year period, had miscalculated the early exit charges by failing to apply relevant discounts, it said. The overall sum that was overcharged was £13.5 million, but EE has waived many of the charges. It has admitted the mistake, resulting in a 30 per cent reduction in the fine, and refunded £2.7 million to the customers.

Almost 82,000 Virgin Media customers were also charged too much when exiting their contracts, some by as much as £100. The combined impact of the overcharging was £2.8 million. Ofcom also hit the cable company with a small penalty for providing incomplete information.

Virgin has agreed to lower its early exit fees by between 30 per cent and 50 per cent and will now not make customers who move house but stay with Virgin sign a new contract.

It has refunded most of the money or made donations to charity, according to Ofcom, but said it “wholeheartedly” rejected the claim that the error had stopped people switching.

“This unreasonable decision and excessive fine does not reflect the swift actions we took, the strong evidence we have presented, or our consistent, open and transparent co-operation with the regulator. We will be appealing Ofcom’s decision,” said Mr Mockridge.

In contrast to Virgin Media, EE said: “We accept Ofcom’s findings and recognise that we have made a mistake.”

It added: “We apologise to customers who paid more than they should have when cancelling their contracts early.

“We’ve already refunded customers and changed the way we calculate early termination charges and we will continue to focus on ensuring our policies are clear and fair for all customers.”

Ofcom has issued hefty fines against a number of telecoms companies in recent years to improve behaviour and customer service with companies including TalkTalk, EE and Vodafone. Ofcom’s record fine was £42 million against BT’s Openreach. - Copyright The Financial Times Limited 2018