The social media giant has its PR playbook, but Apple is outsmarting it at every turn 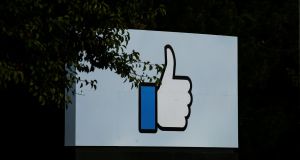 Does anyone like Facebook right now? The social media giant has had an excruciating 2018, much of which it has spent being excoriated by civil rights groups, advertising clients, politicians, journalists, transparency campaigners, privacy activists, users, investors, its own employees and its rivals in Silicon Valley. And it’s still only November.

The FAANGs (the elite group of tech stocks comprising Facebook, Apple, Amazon, Netflix and Google-parent Alphabet) are increasingly willing to attack each other, and, right now, Facebook is in the firing line.

Last week was a typically torrid one for the company, which saw its share price sink to a 19-month low as Wall Street digested an eye-popping New York Times article that detailed the murky, dubious ways in which Facebook used “delay, deny and deflect” tactics in its response to a series of scandals.

The company’s handling of various controversies – such as the use of its platform by Russian hackers with a keen interest in the US presidential election and the gaming of its profile data by the Trump-linked Cambridge Analytica – had already looked less than satisfactory.

Facebook had cleverly conceded as much, while promising to do better. But the extent to which the company apparently tried to self-generate its own “fake news” – even as it was choreographing its public “apology tour” – was newly nauseating.

The part of the New York Times piece that has understandably garnered most attention is its allegation that Facebook sought to discredit one group of critics by claiming – incredibly – that they were agents of billionaire investor George Soros, the regular subject of anti-Semitic conspiracy theories spread via Facebook itself.

Facebook’s hiring of Definers Public Affairs, a Washington-based PR consultancy specialising in the kind of “opposition research” favoured by political campaigners, also reveals much about how conflicts between tech giants play out.

The newspaper reports that a NTK Network, a conservative news site affiliated to Definers, happened to publish dozens of articles blasting Google and Apple, with one of them labelling Apple chief executive Tim Cook hypocritical on the issue of privacy.

Facebook last week said it had cancelled the contract with Definers and denied it had ever asked them “to pay for or write articles on Facebook’s behalf – or to spread misinformation”. Definers said its attack pieces on Apple were funded by a third technology company.

Facebook, as it goes, has form when it comes to paying PR firms to smear a competitor. In 2011, it admitted paying another PR firm, Burson-Marsteller, to plant negative stories about Google in the US media. That the New York Times was able to quote a Definers executive saying Facebook is happy to “muddy the waters” on privacy is obviously an unhelpful and unfortunate reminder of this past behaviour.

It is safe to say that Facebook hasn’t been feeling at all friendly towards Apple, especially since Cook took the opportunity of the Cambridge Analytica scandal to distinguish Apple’s business model from that of Facebook, which he implied was basically unpleasant.

“We’re not going to traffic in your personal life,” Cook said in March. “Privacy to us is a human right. It’s a civil liberty.” Although the best regulation was self-regulation, he added, “I think we’re beyond that here.”

His headline-grabbing point was reiterated in another US television interview at the weekend: “We have to admit when the free market is not working. And it hasn’t worked here.”

When it comes to shifting political heat on to rivals and carving out an “it’s not us, it’s them” position, it seems sharp public rebukes have the clear edge on secret whispering campaigns – or at least they do when they come from Cook.

In August, when Apple banned Infowars – a vehicle used by conspiracy theorist and hate speech proponent Alex Jones – it won plaudits for beating the prevaricating Facebook and Google-owned YouTube to the punch.

It was Apple that was hailed as the adult in the room. Similar leadership eludes Facebook. Indeed, when it broke ranks with Google in 2017 and supported a US sex-trafficking Bill, it basked in few compliments. The New York Times reports that it did so “to help repair relations” with political critics that had championed the Bill.

It is too easy to conceive of Big Tech as one homogenous, Borg-like force, all claiming they’re here for the common good, all lobbying in unison with near-identical policy wish lists, all ultimately sharing the same fear of greater scrutiny.

This year has provided a lesson in how the biggest companies in the world by market value will do whatever they think they must to get the best possible outcome for their shareholders, and their shareholders only. No tech company relishes the prospect of Zuckerberg’s creation dragging everyone down into the mud of regulation. If it helps to make Facebook a corporate pariah, then that’s what will happen.

But it is Facebook itself, through its actions and inactions, that has sent the message that it is worst-in-class.