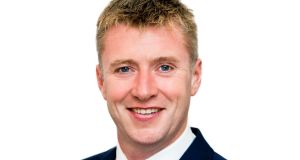 Mr Coan previously worked in senior jobs in Permanent TSB and Virgin Media, where he was involved in the company’s purchase of broadcaster TV3.