Eight is enough episodes, thank you, in business of ‘peak TV’

Skip to the end? Irish content industry could benefit from US fashion for shorter seasons 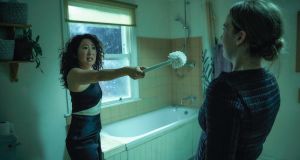 Eight is the magic number. Eight is enough. At a push, 10 is still acceptable. But 13 is already passé. Eight is preferable. Six is cool now, too. These are the new rules of making television and they are good.

Episode counts are shrinking. It is one of the striking trends of the international scripted content business in recent years, says Dermot Horan, RTÉ’s director of co-production and acquisitions. “Six, eight or 10,” he says. “Those are the numbers.”

The hot talk at this year’s Mipcom marketplace in Cannes, he reports, revolved around one noticeably succinct show, Killing Eve. Originally made for BBC America and shown this autumn on BBC One and RTÉ2, Killing Eve proved astute at reaching the kind of younger viewer often deemed lost to Netflix. It has now become a case study for others who want to replicate its success.

The off-kilter series had multiple ingredients setting it up for hit status, not least a tautly written, cat-and-mouse plot in which an earnestly ambitious MI5 officer (Sandra Oh) pursues an amusingly sociopathic assassin (Jodie Comer) and vice versa. But it also comes in batches of eight episodes. And people who buy and sell television notice things like this.

The fashion for sucking in viewers to one particular TV world and locking them into it for six months a year – same time, same place, next week – has ceded ground to the new vogue for stories that come in, get on with it, then take their bow.

Unless it’s a pre-watershed soap opera, the economics of both Irish and British broadcasting have always been that we’re lucky if there’s enough coins down the back of the sofa to scratch together six whole episodes. Never mind if viewers want more of something they love.

By contrast, US broadcast television shows from Hill Street Blues (1980s) to ER and NYPD Blue (1990s -2000s) offered audiences an addictive blend of ensemble cast drama and story-of-the-week procedural elements and they did so, at a high quality, for 22 episodes a season. Naturally, it was a source of regret that broadcasters here couldn’t match the practices of the industry on the other side of the Atlantic.

Until recently, import-laden channels were very keen on padding out their schedules with city-wandering franchises such as CSI and NCIS for 22 weeks a year.

But that US model was tied to the needs of broadcast network advertisers. As soon as subscription-based, ad-free premium cable services such as HBO began their ascent, the 22-episode network tradition had to co-exist with cable’s obvious fondness for a Sopranos-esque 13 episodes (or a financial quarter’s worth of content).

Episode count and claims to prestige became inversely proportional. The last time the winner of the Emmy for best drama had more than 13 episodes per season was in 2006, when the real-time, terrorism-foiling action drama 24, by definition 24 episodes long, took the prize.

Big-budget epics such as Game of Thrones (HBO) led the next drift down to 10 episodes, but this isn’t really about money. Cable companies and streaming services have money. In an on-demand world, where there is little or no dependency on advertising, the need to treat shows as long-running schedule “bankers” just isn’t there.

Streamers are instead looking to a more diverse selection of titles that they can use to target as many different audience segments as possible. And the likes of HBO have joined them: novel adaptations such as Sharp Objects and My Brilliant Friend (a co-production with Italian broadcaster RAI), both come in pieces of eight, while Big Little Lies is a magnificent seven.

Shorter runs also have the advantage of luring Hollywood acting talent, while making it more feasible for a single showrunner to stay in control of their creative vision.

There are downsides. Amazon could commission 80 episodes of the joy-giving Mrs Maisel per season and I’d still want more. And the days of suffering from Stockholm Syndrome with a TV show that promised much but sank fast aren’t over: even modest-length dramas can outstay their welcome as a result of the commercial imperative to make more of the bloody thing.

But the overall plot twist is a merciful one for viewers. In the “peak TV” age, there may be an unsustainable glut of scripted shows, but at least more of them have the manners not to detain us for too long.

And for Irish producers and broadcasters, there is a serious point here – the one Horan was making. The realistic production capabilities of the Irish sector, once out of sync with the volume requirements of the US market, are now in sync with them.

With just a few financial nudges to send them on their way, Irish producers and broadcasters could be in a position to capitalise on “peak TV” before the phenomenon reaches its own end credits.