Broadcast authority does not have instincts to perform task, says Simon McGarr 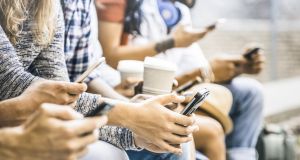 The BAI has submitted a proposal to Government in which it seeks to be given extra powers to supervise content shared online. Photograph: iStock

The Broadcast Authority of Ireland (BAI) is not the appropriate body to regulate the internet and social media, the head of a major data compliance company has said.

Director of Data Compliance Europe Simon McGarr said the 98 page plan by the BAI which will be published on Monday “demonstrates why they shouldn’t be the body to do that.”

The BAI, which currently polices commercial television and radio, has submitted a proposal to Government in which it seeks to be given extra powers to supervise content shared online.

In addition, the regulator proposed a new role for itself in promoting awareness of online safety issues in its submission.

However, Mr McGarr told told RTÉ Morning Ireland that because of the institutional history of the BAI, based on the Broadcast Act of 2009, it doesn’t have the instincts to perform the task. “It is a completely different communication. They have taken the concept of regulating broadcast and applied it to communications between individuals.”

Some of the arguments made by the BAI in their proposal are “perfectly sensible”, he said. However, he warned that trying to do something quickly is not the best way. “There will be mistakes. It is important to get this right, not quick.”

The BAI’s submission is one of a large number submitted to the Department of Communications as part of a public consultation on the regulation of harmful content and the implementation of the revised audio media services directive, which is due to be transposed into Irish law by September 19th, 2020.

Speaking to The Irish Times, the BAI’s chief executive Michael O’Keeffe said he hoped a decision on whether to grant the BAI additional powers would be made shortly to give the body sufficient time to prepare itself ahead of the introduction of the new EU-wide legislation.

“The timeframe is tight enough given the need to transpose the directive into law. We only have 15 months so there is urgency around this,” he said.