Avengers: Endgame to make this the busiest week for Irish cinemas in seven years

‘Not an ordinary movie’: Marvel film is 2019 box office leader after just its first weekend 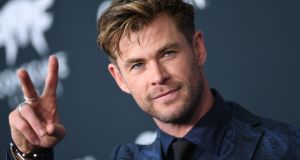 Avengers: Endgame triggered a record-breaking surge in attendance at Irish cinemas over the weekend and admissions this week are expected to exceed 600,000 for the first time in almost seven years.

Cinema advertising group Wide Eye Media said the “cultural event” of the Marvel superhero film had generated more than €1 million in ticket sales on its opening day in the Republic.

By Sunday evening, its €3.4 million tally meant it had knocked Captain Marvel off the top spot for 2019 as a whole.

The result was the highest cinema admissions for a single weekend since the weekend in which James Bond film Skyfall was released in October 2012, the group said.

“It’s extremely rare for any film to go to number one [for the year] at the Republic of Ireland box office based on its opening weekend alone but Avengers: Endgame is more like a cultural event than an ordinary movie,” said Eoin Wrixon, chief executive of Wide Eye Media.

“Devotees are delighted that even parts of the franchise which may have seemed less significant upon their original release turned out to be extremely relevant to this final chapter,” he said.

Joy of the crowd

“It’s also enormous fun to watch a film of this type with a massive crowd of strangers who are all reacting at the same time and in the same way as you, which can only happen in a shared, unique viewing environment like a cinema.”

Fear of spoilers has been cited as an influencing factor in the film’s global performance, which saw it smash box office records with a $1.2 billion (€1 billion) opening weekend.

Disney, which owns Marvel, is on track to finish 2019 with the majority of the 10 biggest films of the year, with the list likely to include Toy Story 4, The Lion King, Frozen 2 and Star Wars: The Rise of Skywalker.

1 If you think governments are spending money now, just wait
2 Remote working doesn’t suit everyone, and it exposes woolly leadership
3 Dublin software company Workhuman ‘on course’ for €1bn valuation
4 Coronavirus: Construction sector most significant part of new shutdown
5 Will Covid-19 force Primark to rethink decision not to sell online?
6 Can husband keep savings and half the house in divorce?
7 British exceptionalism backfires in style as Johnson tests positive for coronavirus
8 Retail landlords worried rents will dry up during Covid-19 crisis
9 Coronavirus: Medtronic aiming to make 500 ventilators a week
10 Volkswagen burning through €2bn in cash per week
Real news has value SUBSCRIBE