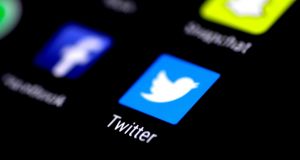 There are stock market statements so sunny they put “Monday motivation” tweets to shame, and then there’s this, courtesy of Twitter chief financial officer Ned Segal: “We’ve never been more confident in our strategy and execution.”

Never been more confident. Of course, how upbeat this assertion is depends on how confident Twitter was feeling before. If the answer is “not at all confident, actually, we have just been winging it up to now”, then this new bluster doesn’t count for much.

Still, the publication of Twitter’s first-quarter earnings was not a terrible day for the company. It was a day in which it got to report 18 per cent year-on-year revenue growth, a trebling of its quarterly profit and, even more amazingly, a rise in usage.

It was also a better day than, say, the one when chief executive Jack Dorsey named controversial Tesla boss Elon Musk as “the most exciting influential” on Twitter, or the one when he went on an 18-tweet rave about his favourite meditation retreat in genocide-afflicted Myanmar.

Well, it was a better half-day. That afternoon, Dorsey took a trip to the Oval Office to hear Donald Trump’s thoughts on “protecting the health of the public conversation”, which only reminded everybody about how useless Twitter has been at it – though not, crucially, for the reasons Trump thinks.

The US president isn’t too happy with Twitter because, he claims, it is suppressing his follower count by “constantly taking people off list” as part of some anti-Republican political game. What Twitter is actually doing is purging suspected bots – an activity that almost every social media user and analyst has been crying out for Twitter to do more of, not less.

As anyone who has been on the platform since its early, fun “fail whale” era will be only too keen to tell you, Twitter has changed, exponentially. So, it seems, has the public conversation over the same period, and the chicken-and-egg of this could be debated forever, by means of endless Twitter threads if absolutely necessary.

Abuse is so inextricably linked to the public conversation about Twitter itself that the press release accompanying its financial results last week kicked off on the issue, promising a more proactive approach.

The problem, as Dorsey recently admitted, is that the company needs to fix each of the places on Twitter “where abuse happens most: replies, mentions, search and trends”. This is almost every corner of Twitter, rendering it unusable for some and a major downer for many.

Asked by US tech journalist Kara Swisher why so many people reported feeling better after jacking in Twitter, Dorsey said it depressed him that people weren’t “feeling empowered” by being on it and he wanted to “figure it out”.

Weirdly, in this context, it seems advertisers and media partners seem more empowered than ever doing business with Twitter, with the result that the company has changed in one key way. Since the fourth quarter of 2017, it has been profitable.

The company collects about 86 per cent of its total revenue from advertising, taking in $679 million from this source in the first quarter. This makes it a minnow compared to the likes of Google, Facebook and Amazon, and it likely always will be. But there is no doubt that it has got at least some of its act together.

The proliferation of branded hashtag emojis is just one example. In 2015, Twitter raked in its first cheque from a paid-for hashtag emoji, courtesy of Coca-Cola’s #ShareACoke campaign. Now unwittingly generating an ad by using a hashtag that has been emoji-fied is a far from uncommon Twitter experience, and something that people protesting against this year’s Eurovision should keep in mind if they want to avoid conjuring up its heart symbol.

Similarly, real-time reactions to TV events have led to the pursuit of hundreds of media content partnerships. Indeed, it is sometimes hard to discern which is the needier partner in these deals: Twitter, aiming to be more than a side-show, or the broadcasters, waving frantically at social media users to remind them they exist.

But the rule is this: anything that once developed organically on Twitter in its charming rag-tag infancy is now being monetised to death.

Facebook’s go-to marketing word is “connect”. Twitter’s is “conversation”. The word is used 17 times in its latest shareholder letter. Conversation is “Twitter’s superpower”, it says, and it will be doing whatever it can to make itself “more conversational”. This is code for a further shift away from the old talking-amongst-ourselves vibe to a culture of top-down “prompts”.

In theory, that’s good news for human Twitter users, paid or otherwise, who love nothing more than asking other users random and ridiculous personal questions in the name of curiosity, compare-and-contrast and other less benign forms of mass research.

Most people, it seems, either have very little interest in conversing on the platform or they choose a seat so far back they’re practically outside the auditorium.

Luckily, that’s not a problem for Twitter. It doesn’t really want “conversation”. Like every media company in the world, it wants an audience.