AI doesn’t have to kill radio stars, it can create them

Music stations can get in tune with listeners through AI platform, says Múirne Laffan 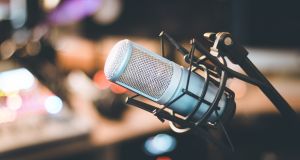 Do radio stations need artificial intelligence to stay relevant in the age of streaming? The former boss of RTÉ Digital, Múirne Laffan, is now part of a company betting they do. Platinum Innovation has developed an AI platform with the project name Music Manager that it hopes will be adopted by radio stations around the world.

The pitch is this: music radio shouldn’t get beaten by a lack of AI. Stations should have their own intelligence and be able to marry it to their prized human edge - an edge that music streamers, for the most part, lack.

RTÉ 2fm has agreed to test Music Manager as it evolves and “will inform the ongoing development of the platform”, says Laffan.

Feedback from radio stations both in Ireland and overseas on “version one” has been “incredibly positive” so far, adds Laffan, who left RTÉ in 2017 after 16 years that culminated in her role as chief digital officer and member of the executive board. She has since set up her own collaboration venture, Laffan Labs.

“The landscape is changing, everything’s faster. You’ve got streaming, you’ve got the new world of voice, home devices, the works, and it is really challenging how radio stations have to do their business in order to be in tune with listeners,” she says.

Tejada and Jichici are the chief executive and chief data scientist respectively of Solliance, a network of 200 consultants. Both men are recognised as Microsoft regional directors, meaning they are among the 160 technology experts worldwide who act in a non-paid advisory capacity with the tech giant.

“Every business is quickly becoming a data business now,” says Moore. “In radio, what became apparent was that there were multiple data sources that programme managers, researchers and marketing people needed to consume on a daily basis to help them make decisions. Quite frankly, it’s not doable in Microsoft Excel, which many of them use as a data repository at the moment.”

Music Manager aims “to get into the Zeitgeist of the listenership” by unearthing insights in a manner that is “not humanly possible”.

Moore says it can do this by bringing together and analysing streaming data, social media data, news items, Google Trends, chart performance and other “signals” on a regional basis to create a “popularity score” for a particular song or artist, with the greatest weight in this being given to multiple sources of streaming data.

When a song goes above or below a certain popularity score, it might indicate that it is time to start playing it or – in another crucial timing issue for radio stations – time to stop.

“When do you start playing a song and when do you stop? It is one of the cornerstone questions in radio,” says Jichici, who built the algorithm behind Music Manager. “We are doing a lot of modelling on this. There is a very interesting dynamic with respect to streaming versus commercial radio. A song might reach the height of its popularity on a streaming service, but for the commercial radio listener, it might be at the beginning of the curve.”

Some radio executives have an interesting informal measure of when to dump a song from their playlist, says Tejada. “When the folks in the radio station office are sick of hearing a song, it means it hasn’t peaked yet. It means there are another two weeks to go before they should start to age out that song.”

Moore says Platinum Innovation has brought Music Manager through several iterations before testing it recently with beta customers in the radio business. The company, self-funded to date, is now seeking angel investment. It is also an Enterprise Ireland high potential start-up and has been accepted onto the Microsoft for Start-Ups program for companies trying to scale up using Microsoft technology.

“What is really important is that radio people have been involved in the genesis of this,” Laffan stresses.

Music Manager can be used in connection with the newer breed of radio stations that are entirely automated and AI-driven with no human input, but that is not the objective of it, she adds, nor is it intended to put radio programme managers out of a job.

The identity of the radio station – meaning not only its location, but its preferred mix of genres and target audiences - is the key starting point for how the technology can learn to work for each client. “We don’t want to be weapons dealers who are enabling everybody with the same weapon,” says Tejada.

Signals such as popularity on YouTube may be important to some stations, not others. Others, such as data from television and film soundtracks, are still in the process of being added, but will “really round up this universe that exists around the consumer,” Jichici says.

Analysing the composition of the song itself – on metrics such as structure or beats per minute – is less of a focus, however. “We’re not really interested in recreating Pandora’s Music Genome Project,” says Tejada, referring to the now 20-year-old method of breaking down songs into more than 450 attributes and then feeding that data into the algorithm powering the US internet radio company.

“What’s the beat? What’s the tempo? Is there a hook? Are there brass instruments? All of those things we can code into this, but it just becomes another signal.”

“We’re not trying to replace something that’s out there. We want to meet a real need,” says Laffan, while Moore, citing interest from Ireland, the UK, across Europe and in the US, says the company hopes to bring “version two” of the software-as-a-service (SaaS) product to market in the summer.

While Platinum Innovation believes its AI platform could be used by music labels to track artist performance, it describes radio is “the poster child application” for it – a stance that suggests it is bullish enough about the medium’s prospects, despite the expanding distractions available to listeners.

“Video Killed the Radio Star, remember that?” asks Moore of the much-quoted 1979 hit for the Buggles. But the MTV era came and went. “Radio held its own.”