Aer Lingus Regional staff get majority stake because of Brexit 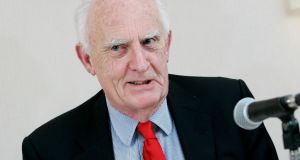 Staff at the Aer Lingus Regional franchise, which is operated by Stobart Air, were sold a majority stake in the airline by the parent group last year to comply with European Union rules on Brexit, reports the Sunday Times. EU rules state that airlines designated “community carriers” must be majority owned by EU nationals. Stobart Air was mostly British-owned before the transaction.

The Sunday Times also suggests that the “exodus” of investors from certain Irish property investment funds last week may have been partly influenced by advice from wealth consultants such as Invesco, which told its clients to switch out of Irish property. This caused difficulties for Invesco’s parent, fund manager Irish Life, whose funds were affected by the exodus.

Eamonn Fitzgerald, who was chief executive of the Hermitage Clinic, has stepped down from his role in the wake of a dispute with one-third shareholder Larry Goodman, the Sunday Times also reports.

The Sunday Business Post reports that AIB is planning to sell a portfolio of loans linked to family homes. Project Oak is made up of hundreds of family homes with repossession orders attached, it says.

An audit by media agency Group M has found that Maximum Media, the owner of Joe.ie, used inaccurate audience figures in reports given to advertisers over a number of years, the Sunday Business Post claims. The newspaper said discrepancies were found in performance reports issued for sponsored campaigns between 2017 and 2019.

The Sunday Independent reports that Conroy Gold is in discussions with “at least a half dozen” international mining companies about developing gold mines across Monaghan, Cavan and Armagh. The company’s share price jumped almost 50 per cent last week.

Solar energy farm developer Elgin Energy says it plans to spend up to €400 million developing facilities across Ireland over the next five years, reports the Sunday Independent. Its pipeline of 500MW of power worth of projects could power more than 140,000 homes, it says.