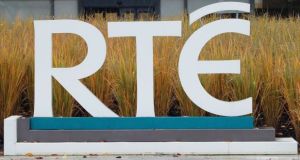 RTÉ had argued it was necessary for Anne Roper to retire at 65 ‘to ensure intergenerational fairness and to facilitate the promotion of younger producers’. Photograph: Niall Carson/PA Wire

RTÉ has been ordered to pay a former television producer €100,000 in compensation by the Workplace Relations Commission (WRC) after forcing the employee to retire when she turned 65.

Anne Roper, an executive television producer at the broadcaster, was obliged to retire in July 2018 despite requests to continue working for RTÉ for a further 18 months.

Ms Roper filed her complaint to the WRC in January 2019 claiming the broadcaster had discriminated against her on grounds of age.

The producer had gone from a salary of €100,000 to a pension of €12,000 as a result, which the commission said had a “significant” financial impact.

RTÉ had argued it was necessary for Ms Roper to retire at 65 “to ensure intergenerational fairness and to facilitate the promotion of younger producers”.

The broadcaster submitted that because attrition was so low in the organisation there was “no turnover” at producer or director grades, and as a result “young people are prevented from progressing”.

This meant the broadcaster’s output was “deprived of the ideas and input of young people,” RTÉ had said.

While working for RTÉ, Ms Roper produced the highly acclaimed documentary No Country for Women, which aired in 2018. She had been appointed to the role of senior television producer in 1997 after nine years at RTÉ.

In the year before she turned 65 she had expressed her wish to remain working for the broadcaster, but “it became clear” RTÉ would not allow her to stay on, she said.

Initially she pursued the matter through RTÉ’s internal grievance procedures with the support of the National Union of Journalists, but later took her case to the WRC.

“The effect of this on the organisation was so confined and limited to one department, that I cannot accept it was objectively justified,” Ms Byrne said.

The ruling said “compared to several other employees who, when they reached age 65, were permitted to continue working, the complainant was treated less favourably”.

The producer had been innovative, keen to train younger producers, and engaged with technology, the ruling said.

The decision to insist she retire was “disproportionate to the outcome that it achieved”, it said.

“It must be the case that the closure in 2017 of the young people’s programmes department had the effect of cutting off the supply of young programme-makers coming up through the organisation,” it added.

The WRC officer said she was mindful of the “precariousness” of RTÉ’s funding and the broadcaster’s need “to find radical ways to reduce costs”.

The commission awarded Ms Roper compensation of €100,000, the equivalent to a year’s salary.

In a statement, a spokesman for RTÉ said the organisation was “reviewing” the WRC decision, which it can appeal to the Labour Court.