Decision prompts many to consider a switch to alternative service providers 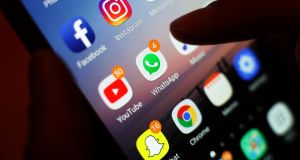 When Facebook bought the WhatsApp messaging service in 2014, it pledged not to share user data with its other companies. Photograph: Yui Mok/PA Wire

Are you still using WhatsApp? You might have noticed a steady stream of friends and family ditching the Facebook-owned messenger in recent weeks.

And so many chose the latter option, shifting their messaging to another platform.

WhatsApp went into damage control mode. It clarified that the new terms were to facilitate users messaging businesses, but said it would delay the introduction of policy until May. It also made clear that European users – including the UK – would not be forced to share data, and any plan to share data with Facebook or other group companies would only be done once the company had agreed this with the Irish Data Protection Commission.

Niamh Sweeney, WhatsApp director of policy for Europe, the Middle East and Africa, took to Twitter to clear up the confusion.

“The latest update to our privacy policy is about providing clearer, more detailed information to our users on how and why we use data,” Sweeney said.

The explanation may have fallen on deaf ears, with some users saying they planned to change service regardless

“This update does not expand our ability to share data with Facebook,” a spokesperson for Facebook said in a statement. “While not everyone shops with a business on WhatsApp today, we think that more people will choose to do so in the future and it’s important people are aware of these services.”

But the explanation may have fallen on deaf ears, with some users saying they planned to change service regardless. It may just have been the last straw for some users who joined WhatsApp when it was pledging to protect user privacy and feel that there has been a shift in policy. When Facebook bought the messaging service in 2014, it pledged not to share user data with its other companies.

So if you have decided that you no longer want to use WhatsApp, what are the alternatives?

Signal has been one of the beneficiaries of the WhatsApp announcement, with the company seeing a spike in new users in the days after the new terms and conditions were revealed. The simple, secure messaging app offers text, voice and video messaging, with group chats and the ability to send files to recipients. You can use it on mobile devices and desktops, including linux.

Signal is managed by a not-for-profit organisation, and is funded by grants and donations. Signal Messenger is a subsidiary of the SIgnal Technology FOundation, which was set up in 2018 by entrepreneur and cryptographer Moxie Marlinspike and WhatsApp co-founder Brian Acton.

As of December, it had 20 million monthly active users – though if all the notifications we alone have had are anything to go by, that number is probably considerably higher by now.

Signal comes highly recommended. The company has the seal of approval from Edward Snowden, security expert Bruce Schneier and Twitter boss Jack Dorsey. Elon Musk has also given it a shout out recently.

Open sourced, Signal also has the benefit of being both free to download and easy to use.

Messages have end to end encryption by default, so your messages – including voice and video calls – are secure and can only be read by the intended recipient. That encryption is well regarded too; it’s open source and built on the Signal Protocol.

You don’t need to give Signal access to your contacts either; you can search for users individually by phone number and Signal will let you know if they have an account.

Signal is free to download and use, and is ad-free. There are no trackers either, so you can use it safe in the knowledge that your every move isn’t under scrutiny.

Telegram is a free cloud based messaging service that will work across multiple platforms, including smartphones, tablets and computers. It offers you everything from text chats with your friends and family to voice chats.

It recently added the ability to turn your group text chats into voice calls that people can jump in and out of, supporting up to a few thousand participants, according to the company.

Telegram has about 500 million users, and according to the company, in mid-January it signed up 25 million in 72 hours alone.

You can restrict who can forward your messages with your information, and if you want to stay under the radar, you can add a username rather than allow people to search for you using your mobile phone number.

For convenience, you can schedule messages to be delivered at a set time or when your intended recipient comes online. Telegram also offers the ability to edit your messages up to 48 hour after they have been sent, so you can correct annoying typos and avoid the dreaded autocorrect.

Because Telegram is cloud based, it doesn’t take up much space on your phone. If you are running short on storage space, that could be a bonus – although most people would prefer the messages stay on their phone rather than on a server.

Telegram is currently based in Dubai, but was founded in 2013 by Pavel and Nikolai Durov.

Telegram’s client apps are fully open source, but the company doesn’t publish the server side code.

And although Telegram offers end to end encryption in its secret chat function, it isn’t the default, putting it at a disadvantage to Signal and Wire.

If you don’t use telegram for six months, your account can be automatically deleted. And with it any messages that you may have been keeping on your phone.

Berlin-headquartered Wire bills itself as a collaboration platform rather than a simple messaging app. It was designed with enterprises in mind, but that doesn’t mean that personal users shouldn’t consider it as a new messaging platform. It has plenty of features, from the ability to send photos, videos and voice messages, to a sketch feature so you drop images and doodles into the conversation, or annotate photographs.

Disappearing messages are also an option, with a timer that ranges from 10 seconds to four weeks.

The company behind the platform is Swiss Wire. Established by Jonathan Christensen, Alan Duric and Priidu Zilmer – ex Skype and Microsoft – the company has offices in the US and Switxerland in addition to its Berlin office.

Like other platforms, Wire offers end to end security to protect your collaborations and conversations. Everything you send will be encrypted and protected.

You can also protect yourself from man in the middle attacks – where someone pretends to be your contact and intervenes in your conversation – by verifying the fingerprint Wire has assigned to your recipient’s device.

Wire doesn’t require a phone number to sign up, giving you the option of phone or email. You can also log in on multiple devices, if you associate an email address and password with your account.

Unlike Signal Wire is a for-profit business, but it doesn’t monetise your data. Personal users can create a free account; business users will have to pay, with Wire Pro and Wire Enterprise tiers that allow you to create teams to communicate and collaborate easily.

Threema is the only app that requires you to pay up to download it, costing just under €4. It is also the only option that allows you to stay completely anonymous, as it doesn’t require a phone number or email address to set up.

Founded in December 2012 by Manuel Kasper, Martin Blatter and Silvan Engeler joined soon after to start building an Android app. Threema is based in Switzerland, and it runs its own servers, also located in Switzerland.

How much do you value your privacy? Threema goes a step further than Signal and the rest by assigning users a randomly generated ID rather than asking you to hand over an email or phone number. Contact synchronisation is optional, and Threema’s app are open source so if you know your code, you can check it out and evaluate it for yourself.

It also encrypts every message you send, including group chats, media files, and status messages and it generates as little data on the servers as possible. Once your messages are delivered, they are deleted from the server.

Threema is the only app featured here that requires you to pay for it up front. The company is run for profit, complies with GDPR and has a business option called Threema Work.