Was the Government right to extend Help to Buy housing scheme? 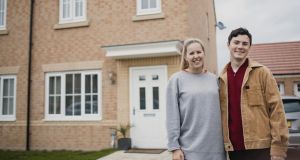 While commercial property investors got whacked in last week’s budget, the construction industry successfully lobbied for the Help to Buy scheme for residential building to be retained and left intact.

This, despite evidence suggesting that, at the very least, it needed to be remodelled. Introduced in mid-2016, the scheme is available to first-time buyers of newly built homes up to a maximum value of €500,000.

It has benefitted more than 15,000 first-time buyers since its introduction, according to Taoiseach Leo Varadkar’s statement on Budget 2020.

The scheme offers a tax rebate of 5 per cent of the purchase price of a new home up to a ceiling of €20,000 per property. Buyers must live in the home for five years after the purchase and the property must be financed using a mortgage of at least 70 per cent of the value of the home.

The cost to the exchequer of the scheme is not inconsiderable

It applies to newly built properties rather than for second-hand ones, an element designed to encourage new construction.

The cost to the exchequer of the scheme is not inconsiderable. The Department of Finance has estimated the cost of the two-year extension at €200 million. This is in addition to the €206.4 million it had already cost by August of this year (far in excess of the €130 million expenditure originally estimated).

It is one of a number of initiatives that the Government has introduced in recent years to find a solution to the ongoing housing crisis. The problem is that it hasn’t worked as intended.

It was designed to help first-time buyers put together the 10 per cent deposit for their new home as required by the Central Bank of Ireland’s macroprudential rules. To give them a leg up on the property ladder.

However, an analysis of the scheme by the Parliamentary Budget Office (PBO), published last month, showed that 41 per cent of approved claims were made by buyers who had a loan-to-value ratio of less than 85 per cent. In other words, they already had a deposit of at least 10per cent.

“This could be seen as a deadweight loss,” the PBO report stated, adding that it was “largely benefiting” households on higher incomes.

“Roughly 21 per cent of Help to Buy claims were for properties priced over €375,000. Assuming a loan-to-value ratio of 90 per cent, a household would need an income of €96,429 to purchase a property of €375,000. This suggests that the scheme is benefiting households at the higher end of the income distribution,” the budgetary office noted.

Revenue figures also show that about 22 per cent of the successful claims have been for self-build properties, which was hardly the objective of the scheme.

In the run-up to the budget, there were conflicting signals from Government about whether it would be extended or not and a strong hint from Varadkar that changes would be made. It was expected that the €500,000 ceiling on the property price would be lowered to between €250,000 and €350,000, the territory in which first-time buyers usually operate.

Even Tom Parlon of the Construction Industry Federation said it could come down to €400,000 “ without having a major impact”.

“It is going to exclude a certain cohort in Dublin and probably Dublin south, but even politically if it came down to €390,000, we could live with it,” he said. His comments didn’t go down well with some of his members.

In a pre-budget submission, the group said there was a “significant opportunity to widen the scope of the Help to Buy incentive to include groups such as current owner occupiers who need to trade up but are effectively tied into their current homes as there are no supports in place to enable them to make that move”. Paschal Donohoe rightly ignored this suggestion.

Help to Buy was put in place in part to stimulate house building but has not worked efficiently. There is no evidence that it has been behind the recent increases in house building and a strong suspicion that it has simply supported house prices for builders.

Stupid prices continue to be paid for development land, thus pushing up the price of new housing

The retention of Help to Buy, without any changes to its framework, is another example of the property industry having successfully lobbied for changes that benefit developers.

In recent years the industry has persuaded the Government to introduce legislation for fast-track planning applications that bypass local authorities, to lift the cap on how high buildings can go in towns and cities, to lower design standards for apartment buildings and to support construction of local infrastructure, among other things.

Meanwhile stupid prices continue to be paid for development land, thus pushing up the price of new housing.