Markets report: Iseq up by 0.6 per cent as most European and US indices finish ahead 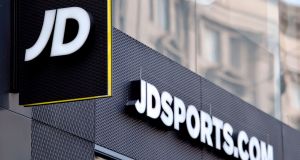 European stocks rose on Tuesday on strong corporate news, while the International Monetary Fund raised its forecast for global growth in 2021.

US stocks also rose in choppy trading, with the S&P 500 scaling a new peak after a batch of upbeat earnings updates.

The Iseq index rose by 0.6 per cent in line with its peers.

Irish banks had mixed fortunes, after a stockbroker report on Tuesday morning predicted that a recovery in lending would falter. AIB finished the session down 1.5 per cent to €1.48. However, Bank of Ireland quickly recovered from a morning dip to close ahead by 1.3 per cent to €3.14.

Dalata, the State’s biggest hotel operator, closed down by 1.4 per cent to €3.25, as the anti-virus travel rules tightened.

Ryanair, however, regained some of the ground it lost late last week, rising 2.8 per cent to €14.64.

The blue-chip FTSE 100 index climbed 0.2 per cent, with automakers and healthcare stocks leading the gains, while the mid-cap index rose 0.5 per cent. However, weakness in general retailers limited gains after British retail sales suffered their biggest annual drop since May this month, suggesting the latest lockdown is taking a heavy toll on many shops

Drugmaker AstraZeneca gained 0.7 per cent and gave the second-biggest boost to the blue-chip index after it denied reports its Covid-19 vaccine was not very effective for people over 65.

Rolls-Royce dropped 1.8 per cent after it downgraded expectations for how much its engines would fly this year.

Indivior leapt 13.1 per cent to the top of the FTSE 250 index after it said late on Monday that former parent Reckitt Benckiser would withdraw a $1.4 billion claim against it.

JD Sports sank after the sportswear retailer told shareholders that it is considering a cash call to help fund its acquisition spree.

The pan-European Stoxx 600 index closed up 0.6 per cent, with a rally in automakers, industrial companies and SAP and helping the German Dax outperform.

Italy’s FTSE MIB rose 1.2 per cent after prime minister Giuseppe Conte resigned, hoping he would be given an opportunity to put together a new coalition and rebuild his parliamentary majority.

Boosting Milan’s bourse, UniCredit jumped 4.5 per cent after reports it is set to appoint Andrea Orcel, one of Europe’s best-known investment bankers, as its new chief executive.

Sweden’s Autoliv gained 5.3 per cent after it reported higher-than-expected quarterly earnings, boosted by a recovery in car production.

Johnson & Johnson added 3 per cent, and was the top gainer on the Dow, as the drugmaker also said it expected to report eagerly awaited Covid-19 vaccine data early next week.

3M climbed 3.1 per cent as it benefitted from lower costs and demand for disposable respirator masks, hand sanitisers and safety glasses amid a surge in coronavirus infections.

Videogame retailer GameStop jumped 20 per cent after surging 144 per cent a day earlier, as individual investors again piled into a number of niche stocks, prompting short sellers to scramble to cover losing bets.

General Electric jumped 14 per cent after the industrial conglomerate offered an upbeat outlook for its business this year and reported a surge in quarterly free cash flow.

American Express fell 2 per cent after it posted a 15 per cent drop in quarterly profit, as pandemic-led lockdowns and business restrictions kept the credit card issuer’s members from travelling and dining out. – (Additional reporting: Reuters/PA)