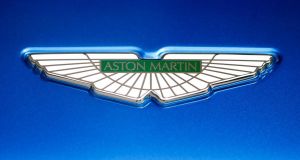 Luxury sports car maker Aston Martin surged 18.2 per cent after a report that Lawrence Stroll, the owner of Formula One team Racing Point, was preparing a bid for a major stake.

Most European shares ended slightly lower on Thursday amid mixed signals on a US-China “phase-one” trade deal, while a slide in Glencore shares on a bribery investigation tied in with a strong pound to push London’s benchmark index to near two-month lows.

The Iseq index closed higher on Thursday although volumes were on the low side. Smurfit Kappa rival DS Smith had numbers out showing they are a little behind forecast. The news spooked investors with the company losing 7 per cent. Smurfit was also hit by the weak sentiment, ending down 3.2 per cent.

Permanent TSB was firmly in positive territory after S&P raised its credit rating to investment grade. It closed up 8.1 per cent. The good run enjoyed by the State’s two pillar banks also continued with AIB 2.4 per cent higher and Bank of Ireland gaining 1.8 per cent.

Ryanair, which has dominated the business news headlines this week on the back of a revised summer 2020 forecast and a high-profile court case, outperformed rivals such as EasyJet. It closed up 1 per cent.

Other movers included Kerry Group, which was 1.4 per cent higher, and Kingspan, up 2.3 per cent.

London’s FTSE 100 slid on Thursday due to a 9 per cent plunge in Glencore after news of a bribery investigation and as dollar earners fell with sterling gaining on growing hopes that the upcoming election will not result in a hung parliament.

The blue-chip FTSE 100 index ended 0.7 per cent lower, lagging its peers in Europe and on Wall Street. The more domestically focused midcap index, the FTSE 250, added 0.2 per cent, led higher by a near 20 per cent surge in home furnishings retailer Dunelm after it raised profit expectations.

Among single stocks, Glencore tumbled to a three-year low after news that Britain’s Serious Fraud Office has launched an investigation into the diversified miner over suspicions of bribery. The fall wiped roughly £2 billion (€2.4 billion) off Glencore’s market cap, leaving it with a valuation of £30 billion at the session’s end.

Among the best blue-chip performers was Burberry after a report that French group Kering had expressed interest in a potential takeover of Italy’s Moncler. Burberry was up 3.1 per cent.

On the midcap index, luxury sports car maker Aston Martin, which has tanked 70 per cent since a 2018 debut, surged 18.2 per cent after a report that the owner of Formula One team Racing Point, Lawrence Stroll, was preparing a bid for a major stake.

The pan-European Stoxx 600 closed down 0.1 per cent after a stellar rally on Wednesday, and was mainly dragged by a slump in commodity-linked stocks.

Moncler’s chief executive, however, played down the speculation, saying there was no deal in the works.

US stocks dipped in early trading on Thursday as declines in defensive sectors such as consumer staples overshadowed gains in technology stocks, while the absence of new updates in US-China trade talks kept investors on the sidelines.