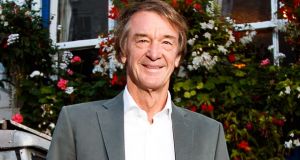 It’s tough enough for established automotive groups to produce profitable, world-class vehicles, so why would the boss of a chemicals company imagine he’s in with a chance?

Ineos founder Jim Ratcliffe accepts it may be “a little bit arrogant” to believe he can succeed where Land Rover failed, but that not going to stop him in his ambition to recreate the motor manufacturer’s famous 4x4, the Defender.

Billionaire Ratcliffe unveiled his plans on Tuesday for the new off-road vehicle, which will be modeled on the much-loved Defender, and which he says could create up to 10,000 new jobs. Around 1,000 would be in the manufacturing plant, with the rest created in the supply chain.

Although it had an army of loyal owners and enthusiasts, from the Queen and Fidel Castro to James Bond, the last Defender rolled off the production line in Solihull in January 2016, almost 70 years after the model first appeared, as Land Rover shifted its focus to the wider market for on-road vehicles.

Ratcliffe is a Defender enthusiast – he owns several himself – and admits the idea for the Land Rover tribute vehicle came to him while he was having drinks with friends in a Belgravia pub.

In a tribute to the pub where it was conceived, Ratcliffe has chosen “Projekt Grenadier” as the code name for his plan, opting for the German spelling of project to signal the intention that his vehicle will be more reliable than the original Defender, which frequently broke down.

Despite the £600 million (€676m) plan being dreamed up over drinks, Ratcliffe insists this is not simply the “pet project” of a very wealthy man but a commercially viable prospect.

He believes he can fill the gap left by Land Rover and is calling for financial support from the UK government to ensure the new vehicle will be built in Britain. By way of encouraging that support, the pro-Brexit Ratcliffe is making it very clear that should government grants not be forthcoming, the new vehicle will almost certainly be built outside the UK, most likely in Germany.

“In an ideal world, we’d like to build it in the UK, which is obviously its heritage,” he said. “But it has to make economic sense and we’ve had a surprising amount of interest from the continent, using existing facilities. You’d have to build a new facility in the UK.”

Regarded as Britain’s most successful postwar industrialist, Ratcliffe founded Ineos in 1998. It is the UK’s largest private company and one of the world’s largest petrochemical businesses, with annual sales totaling around £40 billion. Ineos owns Grangemouth Refinery in Scotland, has interests in the North Sea and ambitions to build a substantial shale gas fracking business in the UK if it can overcome environmental objections.

Ratcliffe retains ownership of 60 per cent of Ineos, which stands for Inspec Ethylene OxideSpecialities, and his personal wealth is estimated in the region of £6 billion.

The billionaire said he has had some positive discussions with the UK government – and also “significant” interest from a number of European countries – and will make a decision on the plant’s location within the next nine to 12 months. Some 200 engineers will be working on the project by the end of this year and, if all goes to plan, the first vehicles will be produced in late 2020.

Ineos Automotive expects to build 25,000 vehicles a year, a mix of petrol, diesel and hybrid models. This would make it the largest independent car manufacturer in the UK.

Above all, Ratcliffe wants the Defender Mark 2 to be unbreakable, rugged and “cool”. One thing it will absolutely not be, he stresses, is a “Chelsea tractor,” the much-derided urban 4x4 which rarely gets off road and is instead driven around the streets of Knightsbridge or to pick up the kids on the school run.

Although it’s early days, the price of the new off-roader is likely to be around £35,000 when it’s finally available to the public. There are a number of hurdles to clear before then, however.

Land Rover is planning its own, up-to-date successor to the Defender, although it’s not yet clear whether it will be as adept as roaring up mountains, over rivers and across rough terrain as the original model. And, as Land Rover points out, the Defender is “one of the most recognisable shapes on the road”. Its lawyers will no doubt be taking a keen interest in Ratcliffe’s designs as they take shape over the next couple of years.

Davy’s chief executive and deputy chairman resign amid bond-deal fallout 12:40
Liam Carroll’s legacy in property market will be debated for years to come 05:41
Officials may release beef carcasses from a herd whose location was unknown 05:31
Women on Air calls for ‘hard data’ and broadcasting quotas 05:23
‘Essential’ retailers milk the Covid restrictions 05:16
Search executive
jobs on irishtimes.com